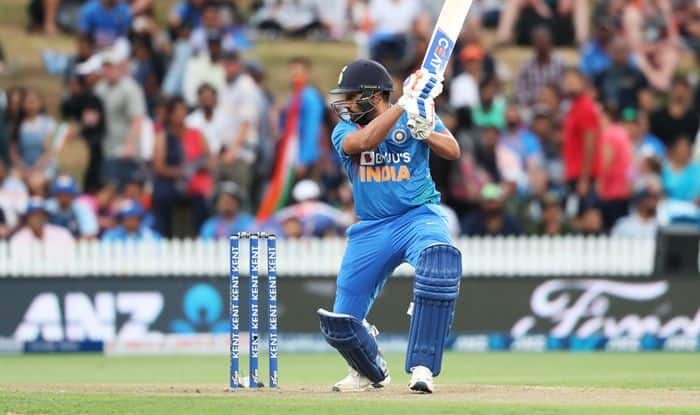 Continuing his record-breaking spree, India opener Rohit Sharma became the fourth Indian to score 10,000 runs on Wednesday as an opener during the ongoing third T20I at Seddon Park, Hamilton against New Zealand.

During his innings of 65 off 40 balls, he also broke a plethora of other records.

The 32-year-old now has 18 fifty-plus scores away from home in T20Is, which is the highest by any batsman in the shortest format.

He also joined India skipper Virat Kohli for the most number of 50+ scores in T20Is – both have 24.

Sharma’s 65 is also the highest score by an Indian in T20I in New Zealand. The previous highest was Suresh Raina’s 61 in 2009.

He now has the most number of 50+ scores by an Indian against New Zealand. He has three and is followed by wicketkeeper-batsman KL Rahul and Kohli, who has two.

The Maharashtra-born now has most fifties in 23 or fewer balls in the world. He has four and is followed by West Indian Chris Gayle, Australia’s Glenn Maxwell and New Zealand’s Colin Munro.

With a staggering average of 50.33, he has the best average as an international opener with over 10K runs. He is followed by Tendulkar who has 48.07.

The 2019 ODI cricketer of the year also holds the record for the most number of sixes in T20Is by an opener. He has 107 and is followed by Gayle, who has 105.

Despite two failures in the first two T20Is at Eden Park, Auckland, he has bounced back and it is good news for India who is leading 2-0 and is looking to seal the series at Hamilton. 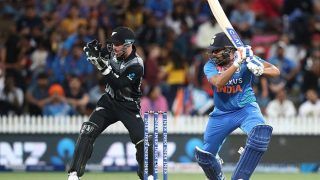 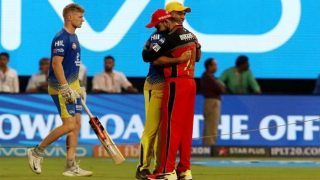