Despite all the tough challenges in bio-bubble, Williamson claims that players are all excited to play the World Test Championship final against India as the red-ball series versus England will be a good tune-up for that.

New Zealand skipper Kane Williamson opened up on his excitement to play red-ball cricket in England, as the visitors will play two-match Test series against the hosts followed by the much-anticipated World Test Championship Final versus India. The New Zealand team is currently undergoing the mandatory quarantine period at Southampton ahead of the Test match on June 2.

Williamson said that players are catching up with each other from the balconies of their room in the bio-secure bubble created by the ECB. The skipper feels that the earlier experience of staying in the bubble is very helpful for the players to adapt.

“Most of the team is here now,” Williamson said. “We are all pretty much on the same side [of the hotel] so we’re able to catch up a little bit with one another on our different balconies. For a number of guys, it’s their first time in the bubble, while others have done it a few times, so that can be quite helpful.”

Despite all the tough challenges, Williamson claims that players are all excited to play the World Test Championship final against India as the red-ball series versus England will be a good tune-up for that.

“But there’s a lot of excitement. Just being over here to play Test cricket is always a fantastic opportunity, but to play that third one, which is the World Test Championship final, is pretty special,” Williamson added.

The 30-year-old further talked about how the New Zealand team is going to approach their preparation in the coming days as most of the players will catch up after a long time.

“The first step is getting out of the bubble, and after that, we’re looking forward to starting our preparation, in terms of adjustment to conditions and catching up with the guys. It’s always exciting when there has been a period of time away from the team, and I look forward to that,” he added.

The World Test Championship final between India and New Zealand will be played from June 18 to 22 in Southampton. 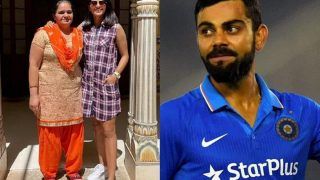 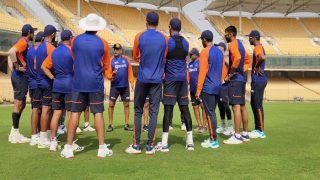