New Delhi: After two months of action-packed IPL 2022, the players are set to resume national duties as India takes on South Africa for a five-match T20I series. The BCCI has rested key players Virat Kohli, Rohit Sharma, Jasprit Bumrah and Mohammed Shami, giving opportunities to youngsters to showcase their talent at a grand stage.

Ahead of the first T20I on June 9, the Men In Blue trained at the Arun Jaitley Stadium in Delhi. The focus was on speedsters Umran Malik and Arshdeep Singh, who got their maiden India call ups after a staggering season of IPL. Umran hogged the limelight due to his sheer pace while playing for SRH. Arshdeep, on the other hand, was exceptional for PBKS in death overs.

With Bhuvneshwar Kumar, Harshal Patel, and Avesh Khan almost certain to play the series opener, only one between Arshdeep Singh and Umran may get a chance to make his debut in the 1st T20I. During the practice session, Umran bowled an extended spell. However, he was smacked by a ferocious Rishabh Pant. Arshdeep looked far more impressive, nailing the yorkers to perfection. As per a report in PTI, Arshdeep has a better chance of making his debut before Umran Malik.

Another reason to believe that Arshdeep might play ahead of Umran is the training time. Usually, the player who bowls more is benched for the next match.

Veteran keeper-batter Dinesh Karthik is another player who was drafted into the team after a staggering show for RCB in IPL 2022. However, his place in the playing XI is not certain as Rishabh Pant has been named KL Rahul’s deputy and is certain to feature in the game. Karthik, nevertheless, had an interesting training session and asked the throwdown experts Nuwan, Daya and Raghu to bowl deliveries that allow him to play lap scoop and reverse lap scoop over short fine and short third man fielder. 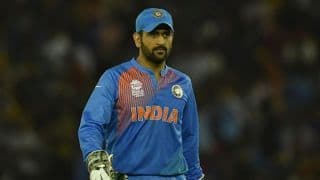 'Just After My Third Game, Mahi Bhai Told That I Will Be In World Cup Team' - Indian All-Rounder On How MS Dhoni Backed Players