IND vs SA: Rishabh Pant Scores A Brilliant Counter-Attacking Century, Keeps India in the Hunt of a Historic Series Win

IND vs SA: Rishabh Pant Scores A Brilliant Counter-Attacking Century, Keeps India in the Hunt of a Histori

Rishabh Pant scored his fourth Test century against South Africa in the third Test that can turn out to be a series-winning knock and not just match-winning, given the fact it is a difficult wicket to bat on at Newlands, Cape Town. 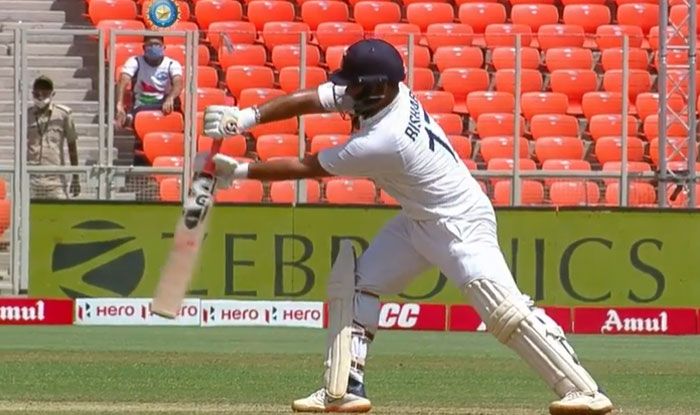 Cape Town: Rishabh Pant scored a brilliant unbeaten Test century in the second session of the third Test match between India and South Africa played at the Newlands Stadium, Cape Town that helped India extend their lead past the 200-run mark. Pant brought up his century by clipping one of his legs off the bowling of Marco Jansen, his fourth of the career and came at a time when India were in a spot of bother on a pitch that was helping the bowlers all day around. India were bowled out for 198, giving South Africa a target of 211.

The left-hander took 133 balls to reach the landmark and now has a century in Australia, England and South Africa, a feat any batter would be proud of.

Earlier, India lost Cheteshwar Pujara and Ajinkya Rahane in quick succession and were reduced to 58 for 4 before India captain Virat Kohli and Pant stitched together a 94-run stand. Kohli played a cautious knock of 29 but was soon dismissed in the post-lunch session.

Pant continued his onslaught as he hit six fours and four sixes to reach his fourth Test century. Even Sunil Gavaskar stood up to applaud Pant’s knock from the commentary box, a knock that has given India a chance to win the Test and the series which no other Indian side have been able to achieve so far.

The second-best score for India was of Kohli as no other Indian batter looked comfortable at the crease other than Pant. With more than two days to go in the Test match, it is evident that we will have a clear winner of the match and the series. 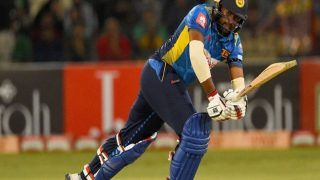 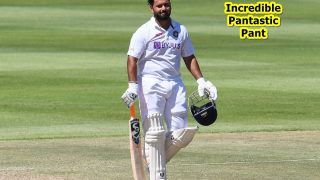