IND vs SA, T20Is: Bhuvneshwar Kumar Makes A Statement When The Entire Cricket Fraternity Is Screaming For Newer, Younger And Faster Talents

IND vs SA, T20Is: Bhuvneshwar Kumar Makes A Statement When The Entire Cricket Fraternity Is Screaming For

Bhuvi now holds the record jointly of claiming the maximum number of wickets in powerplays 33 and with one match still to go in the SA series, he could well break that mark.

New Delhi: As the India vs South Africa T20 International series now boils down to the last match, thanks to India’s back-to-back wins in the previous two games, one should be looking at the plusses of the series so far and one that the Indian side, especially coach Rahul Dravid, would be quite delighted with is the revival of Bhuvneshwar Kumar as India’s best new-ball option. The medium-pacer is certainly back and with more of a bang that even his most ardent fan would have anticipated. His revival has seen India’s new-ball attack look that much more balanced again, with the old guard of Jasprit Bumrah and Mohammad Shami, along with the news names like Avesh Khan adding to quite an optimistic mix.

Bhuvneshwar had not been in his elements for quite a while, and the previous year was when one began questioning his form or fitness. The two IPLs in 2020 and 2021 were forgettable and his outing in South Africa was no better either.

The subsequent fall in his value was pretty evident when he came back to SunRisers Hyderabad at about half the price that he had earlier commanded, a telling commentary on how he was looked at in that time. So much so that there were questions galore about the franchise’s intelligence in buying him back, when as many as six teams did not even bother to bid for him.

But that is where things changed. IPL 2022 was likely the comeback he was looking for and thereafter, Bhuvneshwar Kumar was once again one of the bowlers to look at.

South Africa have been on the defensive against him throughout, especially since he has been deadly up top, with six wickets punctuating what have been unplayable opening spells.

Bhuvi now holds the record jointly of claiming the maximum number of wickets in powerplays 33 and with one match still to go in the SA series, he could well break that mark.

With the duo of Bumrah and Shami expected back for the England series, Bhuvneshwar has done his cause no harm at all, at least for the limited-overs formats. Further, he is now a definite option for the ICC T20 World Cup as well, and that is welcome news indeed, since every side will need the experience that makes the difference at that level.

Hopefully his fitness holds though all of this, though the bowler definitely looks good at the moment. He has focused on what his strengths are and the results have begun to show again. Quite an impressive comeback for a seam-up bowler when the entire cricket fraternity is screaming for newer, younger and definitely faster talents.

Disclaimer: This article was first published on India.com 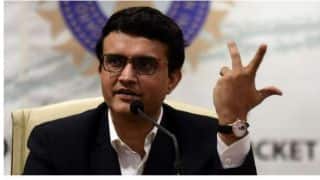