India’s white-ball squad led by Shikhar Dhawan will play three intrasquad games in Colombo as preparation for the limited-overs series against Sri Lanka, starting July 13. But first, the Men in Blue will undergo a 14-day quarantine in India from June 14 to 28 – seven days of hard and seven days of soft quarantine – before undergoing another phase of quarantine in Colombo. A top source said that as per the developments in the Lankan board confirmed that the Indian players wanted to play some practice games, but the COVID-19 situation meant it had to be intra-squad games and not against a Sri Lanka A team.

It is understood that all the Standard Operating Procedures – SOPs – that will be followed by the Lanka-bound squad will be same as those of the first team currently in the United Kingdom for the World Test Championship final and five-match series against England.

“The Indians wanted to play some warm-up games against the A team or a team that could be arranged, but the COVID-19 protocols made that a little difficult and that is when a request went to BCCI to play intra-squad games,” the source quoted by ANI.

Back to preparations in India, the team will assemble on Monday and undergo seven days of hard quarantine and seven days of soft quarantine with indoor training. The team leaves for Colombo on June 28.

The Indian boys are again set to undergo 3 days of hard quarantine in Colombo before training in quarantine till July 4. After that, they will be allowed to train normally before the series gets underway on July 13 in Colombo.

BCCI on Thursday picked the squad for the 3-match ODI series and 3-match T20I series. The team will be led by Dhawan with Bhuvneshwar Kumar being picked as the vice-captain.

All matches will be played at the R Premadasa International Cricket Stadium, Colombo. Prithvi Shaw has earned a call-up into the white-ball squad. Opening batters Devdutt Padikkal and Ruturaj Gaikwad have also been named in the squad.

Varun Chakravarthy, Kuldeep Yadav, Yuzvendra Chahal, Rahul Chahar, K Gowtham have been chosen as the spinners while the young speedster Chetan Sakariya, who impressed everyone in the Indian Premier League, has also earned a place in the squad. 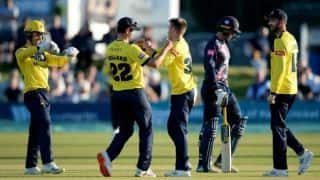 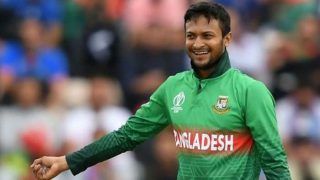