Chopra claimed that he is a big Prithvi Shaw fan and said that the 21-year-old is from a different planet.

New Delhi: Former cricketer Aakash Chopra heaped huge praise on young India opener Prithvi Shaw for his fearless batting against Sri Lanka in the first ODI. Shaw, who opened the innings alongside skipper Shikhar Dhawan, slammed 43 runs off just 24 balls as his innings was laced with 9 boundaries. The 21-year-old dominated the Sri Lanka pace attack with total ease in the initial overs of 263 chase. India eventually won the match by 7 wickets as Shaw was named Man of the Match.

Chopra claimed that he is a big Prithvi Shaw fan and said that the 21-year-old is from a different planet.

“It seemed the momentum will be with Sri Lanka but Prithvi came, Prithvi ‘Shaw’, Prithvi conquered. He is from a different planet. I am a huge Prithvi Shaw fan because you will not get a batsman like that in entire India,” Chopra said on his Youtube channel.

Shaw is often compared with India batting veteran Virender Sehwag who also played with a similar fearless approach. However, Chopra feels that his performance against Sri Lanka was something else.

“Viru (Virender Sehwag) used to be there but this player, 43 runs in just 24 balls, and it seemed without breaking a sweat, without taking chances, only on the rise and through the gap. I mean what a player. 2021 has been in this player’s name, from the Vijay Hazare Trophy to the IPL to now,” elaborated Chopra.

Earlier, this year, Shaw led Mumbai to Vijay Hazare Trophy with his stunning form throughout the tournament. It was Mumbai fourth Vijay Hazare title and the one to remember for Shaw 827 runs, who now holds the record for highest runs scored in a single edition of this competition.

The second ODI between India and Sri Lanka will be played on July 20. 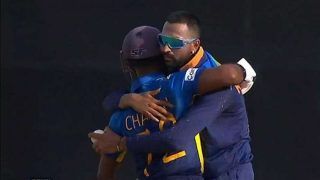 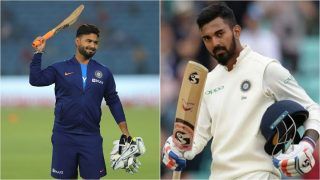