Kohli enjoyed a fun afternoon with Jadeja, Rahul, Jadhav, Chahal and Pant ahead of the third and final ODI against West Indies in Cuttack on Sunday.

Despite a rare failure in the second one-day international (ODI) against West Indies, skipper Virat Kohli looked in a relaxed mood as he decided to spend some time away from the game with his teammates. Spending some quality time, Kohli was joined by Rishabh Pant, Manish Pandey, Shreyas Iyer, Yuzvendra Chahal, Kedar Jadhav, Ravindra Jadeja and KL Rahul for the team bonding session.

The Indian captain took to Twitter to share snapshots with his fans on Friday. He captioned the post: “A day off and an afternoon with the boys is exactly what we needed.”

The ongoing ODI series between India and West Indies is currently locked at 1-1. After facing a crushing eight-wicket defeat in the first ODI in Chennai, the Men in Blue came out all guns blazing and produced a much-improved performance in the second match.

Riding on brilliant centuries from openers – Rohit Sharma and Rahul, Team India posted a mammoth total of 387/5 in their allotted 50 overs in Vizag. Pant and Iyer also contributed with fiery knocks to provide the right boost to Indian innings in the death overs.

A day off and an afternoon with the boys is exactly what we needed 😃🤙 pic.twitter.com/6K3KLW63iJ

The hosts then rode on a record-breaking hat-trick from left-arm chinaman Kuldeep Yadav to bowl out West Indies for 280.

However, it was a rare flop day for Kohli who was dismissed for a first-ball duck in Vizag. The third ODI and series decider will be played in Cuttack on Sunday. 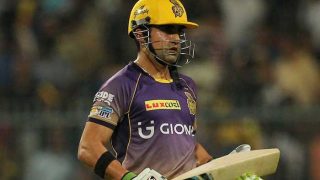 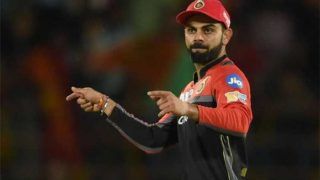