Cullum Ferguson has been added as a cover for Phil Hughes in the Australia A squad.

Australian batsman Callum Ferguson has been added as a cover for Phil Hughes, in the Australia A squad, which will take on Manoj Tiwary-led India A for two four-day matches, while New South Wales bowler Gurinder Sandhu has been placed on standby. Indian origin cricketer Sandhu comes in to cover for Kane Richardson, who is out due to back soreness.

“Ferguson comes in to provide cover for Phil Hughes who is recovering from illness and Alex Doolan who has experienced some back stiffness, however both are expected to train tomorrow and play on Sunday,”  Australia A Coach Michael Di Venuto told Cricket Australia’s (CA) official website.

Australia A physiotherapist Kevin Sims said, “During training Kane experienced some back soreness, but is expected to be fit for Australia A’s one-day quad series later this month in Darwin.” Sandhu is on standby for the first four-day match against India A starting on July 6 at Allan Border Field and is currently in Brisbane with the National Performance Squad at the National Cricket Centre (NCC). Ferguson reached Brisbane on July 4. 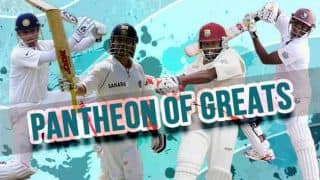 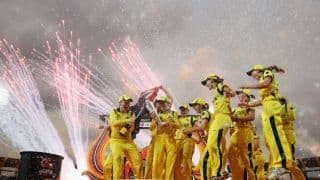