Regional selectors have recalled exiled left-arm spinner Sulieman Benn in a 13-man West Indies A squad for the Twenty20 doubleheader against India A this weekend. 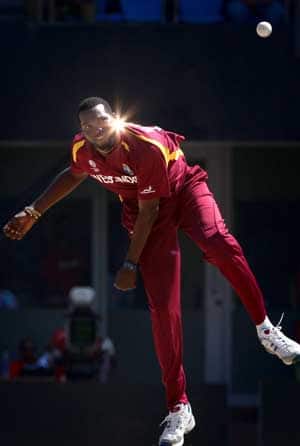 Regional selectors have recalled exiled left-arm spinner Sulieman Benn in a 13-man West Indies A squad for the Twenty20 doubleheader against India A this weekend.

The 30-year-old Benn has not played in West Indies colours for more than a year following disciplinary problems during last year’s World Cup on the Asian subcontinent.

While the West Indies Cricket Board (WICB) has not been specific about his shortcomings, chief selector Clyde Butts said last year that Benn “did not have a very good report from the World Cup” and hoped the player could “reform” to show he was serious about West Indies cricket.

Benn, boasting a gangling six-foot seven-inch frame, was the regional side’s frontline spinner up until the World Cup.

He snatched 12 wickets in six games at the showpiece but was promptly dropped in favour of right-arm leg-spinner Devendra Bishoo.

Since then, Benn has slid further down the pecking order with the emergence of off-spinner Shane Shillingford and the arrival on the scene of mystery off-spinner Sunil Narine.

His call-up to the West Indies Aside comes after he was snubbed for the three-Test series against the Indians, despite 45 wickets in the regional four-day championship this season.

He will be part of a side captained by Test opener Kieran Powell and which also includes Krishmar Santokie, Garey Mathurin, Christopher Barnwell and Danza Hyatt, all of whom have already played for senior West Indies.

Both weekend matches will be played at Queen’s Park Oval at Port of Spain.

West Indies A won the “Test” series 2-1 after crushing India A by ten wickets in St. Lucia Tuesday.