Chief selector Clyde Butts has hailed the value of the A-team programme, following West Indies A's successful outing against India A in the three-Test series earlier this week. 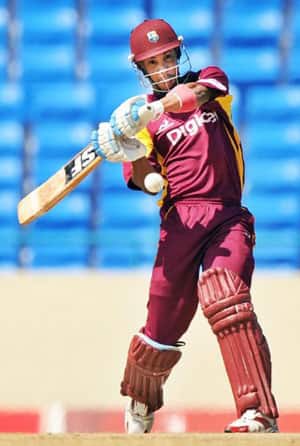 Chief selector Clyde Butts has hailed the value of the A-team programme, following West Indies A‘s successful outing against India A in the three-Test series earlier this week.

The hosts crushed the Indians by ten wickets at Beausejour Cricket Stadium in St Lucia to take the series 2-1. They lost the opening four-day “Test” in Bridgetown by two wickets but rebounded to win the second match in St.Vincent by 125 runs, Caribbean Media Corporation (CMC) reported.

“The A Team programme in the West Indies is about development and looking at the resources available as we build towards the future in West Indies cricket. It is also about being competitive against all opponents we face,” said Butts.

“We want to develop our players and see them move forward but we also want to develop a winning mindset. In the ‘Test’ matches the players showed that they are developing into a very competitive unit and it was really good to see the way they performed against more experienced opposition and won the series.”

“They were exceptional in all departments and deserved to win.”

The West Indies Cricket Board has placed a greater emphasis on the A-team programme in recent years, with several tours organised at home and away.

Butts said the victory over India A was testimony to the ongoing development of the side, and stressed the WICB would be continuing to support the programme.

“The WICB has set out a policy of development and where we want to go. This series win and some of the individual performance were steps in that direction and we are confident that we are on the right path,” the former West Indies off-spinner said.

“We saw players stepping up and playing with confidence and assurance. Last year we also played some good cricket when the Bangladesh A Team came to the West Indies. The win in this series against India was a huge bonus.”

West Indies A will face India A in a Twenty20 doubleheader this weekend, with the visitors starting as favourites because of their experience in that format of the game.

Butts said, however, the side selected for the two matches were also selected from a developmental standpoint, especially with the T20 World Cup approaching in September.

“We have the World T20 tournament in Sri Lanka coming in September, that’s just around the corner, so we have selected a number of players who have represented the West Indies in this format and others who have done well in the regional competitions,” Butts pointed out.

“We had some players who featured in the ‘Tests’ but are not in the T20 side. We want to make it clear they have not been dropped or anything like that. This weekend we are focussing on the T20s and we have selected a few new faces to have a closer look at them against the Indians.” (IANS)