India A vs Australia A, 1st unofficial Test at Chennai ends in draw

India A vs Australia A, 1st unofficial Test at Chennai ends in draw

Australia A reached a score of 161/4 while chasing a target of 240 when play ended.

Chennai: The first of the two four-day first class matches between India A and Australia A ended in a draw at the M.A. Chidambaram Stadium in Chennai on Saturday. The hosts resumed play at 121 for three in the morning, following which they declared at 206 for eight, giving Australia a target of 240 runs. The visitors batted well but ran out of overs and time to finish the day’s play at 161 for four. India resumed play in the morning with Shreyas Iyer (33) and Karun Nair (23) at the crease. The two added a few runs before walking back to the pavilion. Vijay Shankar (15) and Amit Mishra (13 not out) also added a few runs before skipper Cheteshwar Pujara decided to declare the innings and let his bowlers have a go at the Australian batsmen. Updates: India A vs Australia A, 1st unofficial Test at Chennai, Day 4

Australia bowlers had a good outing with pacer Gurinder Sandhu (2 for 27), spinner Steve O’Keefe (2 for 81) and medium pacer Marcus Stoinis (2 for 18) clinching two wickets each. Fast bowler Andrew Fekete (1 for 28) and Travis Head (1 for 20) also chipped in with a wicket each.

In reply, the Australians started well and were cruising at 115 for one with opener Cameron Bancoft (51) and Head (50) striking fluent half-centuries. But three quick wickets of Bancoft, Head and Peter Handscomb (0) slowed the run rate, bringing about the end of the match.

The Australia innings ended with Nic Maddinson (37 not out) and Stoinis (9 not out) at the crease at the close of play. Leg-spinner Amit Mishra, who has been selected in the senior squad for the three-match Test series against Sri Lanka in August, was in the thick of things as he picked two wickets for 49 runs. 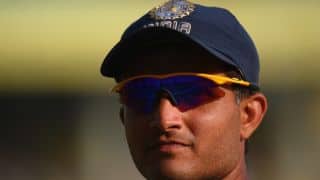 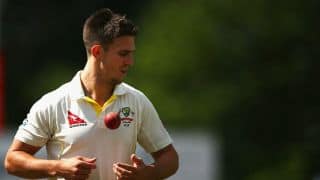