The India A vs England will be televised on Star Sports 2 and Star Sports 2 HD while live streaming will be available on hotstar.com.

It was a joyride for India in the Test series where they slammed England 0-4 to lift the Anthony de Mello Trophy. Prior to this, India had lost three consecutive Test series against England since 2011. However, the limited-overs chapter unfolds now and while India have had an upper hand against England in this format in recent times, the latter, since the ICC World Cup 2015 debacle has been one of the best sides in coloured outfits. The 3-ODI series starts in Pune on Sunday, January 15 and the first warm-up match will be held at Brabourne Stadium, Mumbai on Tuesday.

The game will be televised on Star Sports 2 and Star Sports 2 HD and live streaming will be available on hotstar.com. For live scores, updates and analysis, we will be having our live blog running and you can follow CricketCountry.com for more. Understandably, there is a great interest for this contest, as this will mark MS Dhoni s last match while captaining the blue brigade as he prepares for life as a player almost a decade-long captaincy stint. Another interest booster will be the return of Yuvraj Singh. Expect many numbers in the stands at the Brabourne as Dhoni s men take on Eoin Morgan s revamped English side.

Under Morgan, England have enjoyed tremendous success in recent past and post World Cup 2015, they have the best win-loss ratio. While the result for the warm-up game is immaterial, England will eye to open their account in this tour while Dhoni s men will not settle for anything less than in a win to bid farewell to their skipper. 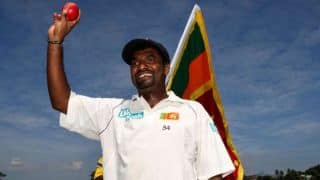