Doug Bracewell collected his ninth first-class five-wicket bag as the rain affected third unofficial Test between New Zealand A and India A burst into life at Cobham Oval, Whangarei.

Doug Bracewell collected his ninth first-class five-wicket bag as the rain affected third unofficial Test between New Zealand A and India A burst into life at Cobham Oval, Whangarei.

In reply to India s first innings total of 323, New Zealand A were 121 for three at stumps on the second day with Tim Seifert and Rachin Ravindra unbeaten on 55 and five, respectively.

Having lost the first session to rain, the game resumed at a relatively frenetic pace when the weather behaved, India scoring 75 runs in the space of 20 overs but losing their last six wickets into the bargain; three apiece to Lockie Ferguson and Bracewell.

Ferguson started the momentum, bowling around the wicket and dismissing Shubman Gill, Vijay Shankar and Krish Gowtham in consecutive overs before Bracewell accounted for Mohammad Siraj, Rajneesh Gurbani and Srikar Bharat to end with figures of five for 78.

Bharat did not go quietly, however, slamming a shot-laden 47 runs off 47 balls, including seven fours to hooks and drives and a splendidly pulled six off a Ferguson bouncer.

NZ A s first innings was not without its dramas. George Worker was caught at the wicket driving at Mohammad Siraj when the total was 18, and the in-form Will Young was bowled by off-spinner Gowtham immediately after the total reached 50.

Seifert and Phillips then added 59 for the third wicket before Phillips was trapped in front by a ball from Siraj that seamed back at him.

However, Seifert steered NZ A to stumps without further mishap, raising his 10th first-class 50 off 120 balls and in 144 minutes, and striking eight boundaries in total five of them from the off-spin of Gowtham. 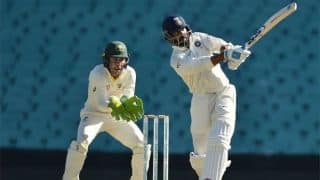 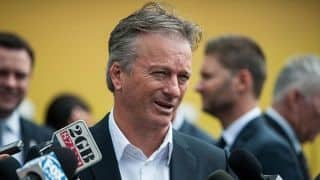