Only two home batsmen reached 30 as West Indies A slumped to a third straight defeat.

Manish Pandey and Krunal Pandya sent timely reminders to the national selectors by starring in India A‘s massive 148-run win over West Indies A in Antigua on Tuesday, which gave the visiting team the series 3-0 with two matches left.

After Pandey chose to bat, India A lost Anmolpreet Singh for 0 but Gill and Shreyas Iyer (47) put on 109. Both fell to Rakeem Cornwall, but Pandey plowed on to his century – though he got a life when Rovman Powell put down a return catch – which contained five sixes and six fours. Hanuma Vihari (29) and Ishan Kishan (24) helped get the score to 295.

(READ: Iyer, Khaleel star as India A beat West Indies A by 65 runs)

West Indies A got a good start, thanks to John Campbell and Sunil Ambris who put on 51 but once the pair was separated, Pandya ran riot with his left-arm spin. Campbell was dismissed for 21 by Nitin Saini and Ambris lbw for 30 to Avesh Khan, which were the only two wickets to fall to pace.

Keemo Paul’s 34 off 16 balls was the top score in West Indies A’s innings. 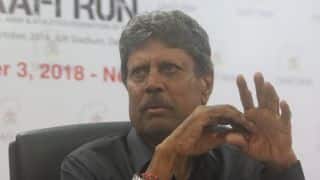