The middle-order pair of Wriddhiman Saha and Shivam Dube drove India A out of a jam and into the lead over West Indies A on day two of the first four-day match at North Sound.

The visitors began the day on 70/1 and lost Priyank Panchal for 49, ruled lbw to Jomel Warrican. The slide continued as Rakeem Cornwall dismissed Shubman Gill for 40 and Srikar Bharat for a golden duck, and when skipper Hanuma Vihari fell to Miguel Cummins for 31 the scorecard read 168/5.

(READ: India A steady after Shahbaz Nadeem stars with five-wicket-haul)

From here, Dubey and Saha combined to stem the flow of wickets until shortly before stumps, West Indies A clawed back through Cummins. Talented Mumbai allrounder Dube hit seven fours and four sixes in his 108-ball 71, while Saha collected six fours in his unbeaten innings.

Dube was bowled by Chemar Holder late in the day, and in the final over of play Cummins got K Gowtham and Shahbaz Nadeem. 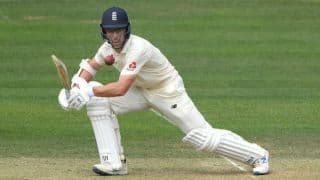 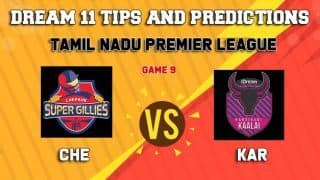