Pace bowling legend Glenn McGrath feels the upcoming Test series between Australia and India could see a keen leadership contest, with both captains seeking to make a mark for different reasons. 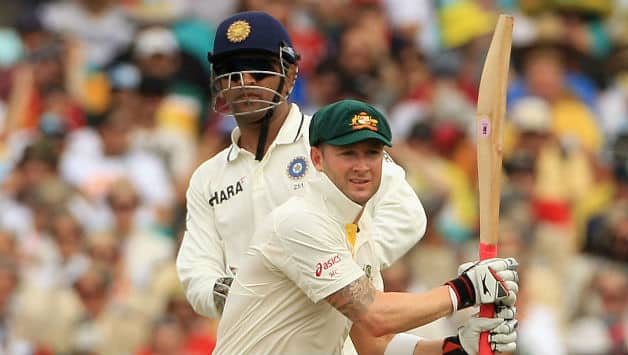 Pace bowling legend Glenn McGrath feels the upcoming Test series between Australia and India could see a keen leadership contest, with both captains seeking to make a mark for different reasons.

McGrath said that it would be a test of character and leadership skills for both Mahendra Singh Dhoni and Michael Clarke and how they marshal their players could be the key in the keenly awaited series.

“It’s sure that the series is going to be keenly contested and both captains I think would try to be up there in the series,” McGrath said.

“Dhoni is of course under pressure as India lost against England at home under him. But it’s a chance for him to make amends. He is respected by all teams and it will be an important series for him,” said the Australian great who recently took over as the head of MRF Pace Foundation in Chennai.

“Clarke has enjoyed the best year and rightfully he is the best Australian player. He would want to do well against India in India which would be another big achievement for him.

So, it’s going to be an interesting series,” he said.

McGrath was all praise with the set-up in the MRF Pace Academy, saying that the youngsters who train there would get a headstart from their peers.

“It’s an incredible set-up there and I am really impressed with the facilities. The training methods, the gym and other facilities, it’s all top-class. The youngsters who train there will get the headstart,” he told NDTV.

“I enjoyed a lot there in my first visit and I am coming back in June with some Australian youngsters,” said McGrath, who took 563 Test wickets between 1993 and 2007.