Presenting the trophy to the winners is something ICC presidents have done since 1999.

A huge spat between two cricket officials is threatening to adversely impact India–Bangladesh bilateral relations at a time when these are at their best. Bangladesh Planning Minister AHM Mustafa Kamal has resigned as the International Cricket Council (ICC) president to protest against the country’s “humiliation” when he was denied the opportunity to present the World Cup 2015 to winners Australia at Melbourne.

Presenting the trophy to the winners is something ICC presidents have done since 1999 – until ICC chairman N Srinivasan usurped the privilege in a hastily convened ICC executive on the day before the March 29 World Cup final. He got the ICC to seek a formal apology from Kamal for his outburst against “poor umpiring” during the India-Bangladesh quarterfinal. When Kamal refused, Srinivasan got the ICC executive to bar him from presenting the trophy and bestowed it upon himself to do the honours. Kamal has since returned to Bangladesh, resigned as ICC president, called Srinivasan a “mentally deranged man” and someone “impossible to work with” and even called the ICC the “Indian Cricket Council”.

It appears that Srinivasan, who had coldly dared Kamal to do anything he wants, is planning to hit back. His supporters are trying to force an emergency meeting of the Board of Control for Cricket in India (BCCI), where they intend to get it to cancel the tour of Bangladesh in June 2015, during which Team India is expected to play two Tests and three ODIs.

But Srinivasan has large number of opponents in the BCCI who will stoutly oppose such plans, arguing that it is a personal issue and the BCCI cannot afford to create a diplomatic row. If they can’t stop Srinivasan from having his way, they will wish the cancellation of the Bangladesh tour will boil over into a major crisis and Prime Minister Narendra Modi’s government will be forced to intervene. If the BCCI cancels the tour, Kamal will surely get Prime Minister Sheikh Hasina, who too has lashed out at the “poor umpiring” and the “uncivilised behaviour” towards Kamal, to intervene.

India is beholden to Hasina for her crackdown against Islamist rebels and those from India’s northeast who were long sheltered in Bangladesh before she assumed power in January 2009. With her government allowing heavy equipment for power projects and grain consignments to go through Chittagong port to the northeastern state of Tripura, New Delhi feels it is payback time. Modi, who is keen to push for improved relations with all neighbours, plans to visit Bangladesh this summer after the Indian parliament clears the long-pending Land Boundary Agreement. He plans to land in Dhaka with the LBA done and at a time when he can possibly promise a Teesta water-sharing agreement soon enough. Indian diplomats in Dhaka have made it clear Modi should not come empty-handed.

So, the last thing that Modi and his foreign policy team can accept is the BCCI calling off the tour, especially when Pakistan is also sending its cricket team on a tour of Bangladesh this summer. It may be a much better idea for Modi’s foreign policy managers to step in before the crisis explodes in the open. And, Indian interests cannot be held hostage by someone like Srinivasan, who has been barred from contesting BCCI elections by the Supreme Court but has managed to get the board to nominate him as India’s representative at the ICC and then become its all-powerful chairman.

Kamal’s outburst on umpiring may be an immature act. It may well be that Kamal is trying to shore up public support for his beleaguered Awami League back home by playing on nationalist sentiments at a time when it is desperately trying to counter the BNP-led transport blockade and strikes. But, Rohit Sharma was out by all means and Rubel Hossain‘s ball was surely not above the waist! It’s anybody’s guess as to what would have happened if he had walked back at 90 and not when he had made that wonderful century – or if the in-form Mahmudullah Riyad had not been given out to the controversial Shikhar Dhawan catch in the deep. But at the end of the day, cricket is just a sport, and should we say much-tainted sport, with all its match-fixing and IPL scams. And there is no good reason to hold India’s relations with a friendly neighbour hostage for a controversial cricket administrator who has not exactly covered the nation with glory over the years. 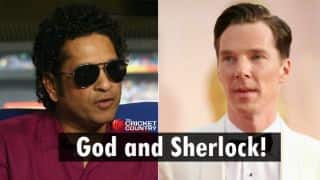 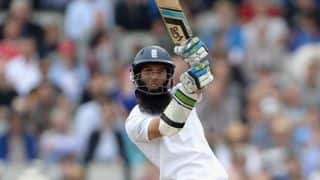