Param Uppal led Australia U-19 to a 4-1 win in the five-match home youth-ODI series.

As Australia’s team for the Under-19 World Cup was announced, Uppal House in Mohali celebrated. Param Uppal, a popular name in Australia‘s domestic cricket circuit, made his place in the squad for the mega tournament. Uppal’s recent form made it impossible for the selectors to ignore him. He led Australia U-19 to a 4-1 win in the five-match home youth ODI series.

“Param was born at Sector 32 GMCH, Chandigarh, and our father Harbhajan Singh, who retired as warrant officer from the Indian Air Force, always wanted all the children to pursue sports along with studies,” Bhupinder Singh Uppal, Param’s uncle, told Indian Express. “I and my brother Devinder also played hockey for our school Kendriya Vidyalaya-47 and Devinder played cricket for Panjab University, too, before shifting to Australia. Param s inclusion in the U-19 Australian cricket team for the World Cup is the biggest news for us and we are eager to see him play. We surely plan to watch him play in New Zealand and will be cheering for him,” he added.

Param last came to India in 2011 and since then, he has been busy attending various camps and team practice. He has not seen a cricket match here yet. But we will surely make him watch an international match next time he comes. We went to the Golden Temple in Amritsar when he came last time and he is also fond of Indian food. He likes paneer and chicken dishes and I am sure he will ask us to make that for him after the World Cup, Bhupinder’s wife Satinder said about the cricketer. 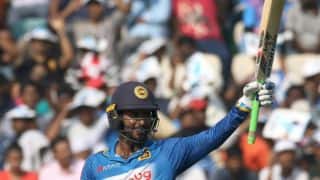 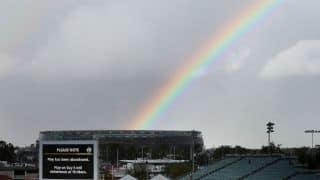