Earlier, IPL's costliest foreign recruit Pat Cummins had also spoken in favour of the use of an external substance with saliva being banned.

The use of saliva to shine the ball is a ‘difficult habit’ to get over but India’s bowling coach Bharat Arun says he won’t mind an ‘external substance’ at its expense if it is used across teams. In the wake of the COVID-19 pandemic, the Anil Kumble-led ICC Cricket Committee has decided to ban the use of saliva as a part of health safety protocol.

A lot of premier players and coaches now feel that the use of external substances should be allowed to shine the ball in order to maintain a balance between the bat and ball.

“As far as use of the external substance is concerned, as long as it is same and uniform for all the teams, why not try it,” Arun told PTI during a recent interaction.

“Use of saliva will be a very difficult habit to get over but we will make a conscious effort during our training and practice sessions to get rid of this habit,” he added.

In fact, the world’s premier fast bowler and IPL’s costliest foreign recruit Pat Cummins had also spoken in favour of the use of an external substance with saliva being banned.

“If we remove saliva, we have to have another option,’ the 27-year-old pacer was quoted as saying by cricket.com.au.

While the ICC has not banned sweat which does not spread the novel coronavirus, Cummins wants some more initiative from the game’s governing body.

“Sweat is not bad, but I think we need something more than that, ideally. Whatever that is, wax or I don’t know what.

“If that’s what that science is telling us, that it’s high risk using saliva … as long as we’re keeping other options open, whether that’s sweat or something artificial.”

Cummins, currently the world’s no.1 Test bowler, said sweat is a viable option to keep the ball shinning.

“We have to be able to shine the ball somehow so I’m glad they’ve let sweat remain,” he had said.

Spin wizard Shane Warne’s recent suggestion was to make one side of the ball heavier to aid swing bowling.

“Why can’t the ball be weighted on one side so it always swings? It would be like a taped tennis ball or like with the lawn bowls,” Warne told the Sky Sports Cricket Podcast.

“You wouldn’t have to worry about anyone tampering with it with bottle tops, sandpaper, or whatever. It would be a good competition between bat and ball,” Warne had said, reminding everyone about how the quality of bats have changed over years.

During a recent chat on Star Sports, Kumble had ruled out the possibility of allowing an external substance despite the ban on saliva.

“We did discuss that but if you look back at the history of the game, I mean we have been very critical and we have been very focused on eliminating any external substances coming into the game whether you are literally legalising if you are looking to do that now which obviously has had a great impact over the last couple of years,” Kumble had said. 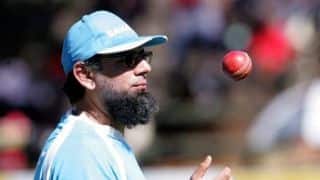 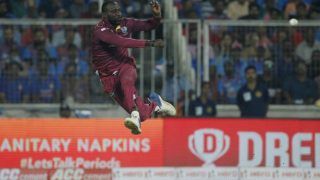