Cricket Australia (CA) Chairman Wally Edwards has come out in strong support of the Board of Control for Cricket in India (BCCI) receiving a lion’s share of world cricket revenue, saying that India deserves a fair compensation for contributing 80 per cent of the revenue by “hiring out” its team.

Talking about the new revenue distribution model in the controversial International Cricket Council (ICC) revamp plan that would see the BCCI receiving the lion’s share, Edwards said people should understand that India will get just 20 per cent of ICC revenue despite contributing 80 per cent of it.

“I think what we have negotiated is more than fair. They (India) are contributing towards 80 per cent of the money and they’re taking about 20 per cent for hiring their team for the ICC. They are hiring their team out and people need to understand that is worthy of compensation,” he said.

“The reality is everybody — 106 nations — gets more money in the new deal. Nobody is going backwards assuming we get the right number when we go to tender, and guess what, if it ends up the same number we’ve had for the last eight years, India don’t get any more money than anyone else. It’s not as if we have deserted the rest of them. We want world cricket to thrive, not go backwards,” he was quoted as saying in the ‘Sydney Morning Herald’.

Edwards describes the controversial governance revamp of the ICC proposed by India, England and Australia — which has also got the backing of the CA Board of Directors — as “critical for the future of the game”.

“These reforms are absolutely critical for the future of the game and I don’t just mean Test cricket. We have to get to a point where everybody wants to be part of this and see the game improve. My focus has always been the game, not the money,” he said. 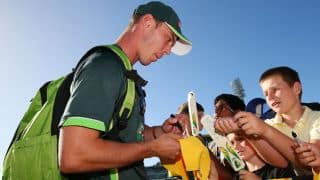