The Pakistan Cricket Board (PCB) said that it had got assurances from India and other member countries of the International Cricket Council (ICC) for the future bilateral tours.

The PCB chairman, Najam Sethi said in a statement that because of these assurances the PCB had announced its conditional support to the revised ICC resolutions regarding the future governance structure and financial model approved previously by all members excluding PCB at the ICC executive board meeting held in Singapore on February 8th.

“The conditions are signing of mutually beneficial bilateral cricket tours from 2015-23 with all members, especially India,” Sethi said.

“We had completed the discussion, consultation and negotiation phase with regard to the revised resolutions. It was important for us to get assurances on bilateral cricket with all Boards, especially India, which we have now received.

“The detailed Future Tour Programs are now being finalized with all, especially India. The fact that the resolutions have been diluted considerably from when these were first presented, and are now unobjectionable encouraged us to support these,” he said.

India has backed away from having regular bilateral tours with Pakistan since 26/11 terror attack in Mumbai took place. Since then only one short one-day series has been played between the two countries in December-January 2012-13.

Pakistan under the Chairmanship of Sethi’s predecessor, Zaka Ashraf had opposed the wholesale changes in governance and financial model of the ICC which gave increased powers to the Indian, Australian and English cricket boards.

But Sethi since being appointed interim Chairman in February 2014 by the government has stated repeatedly that Pakistan can’t allow itself to be isolated on the Big Three issue any longer. 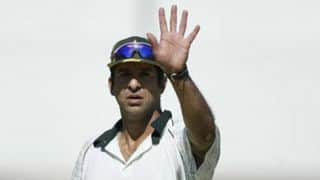