India begin their campaign against South Africa on June 5 at Southampton.

Former India skipper Dilip Vengsarkar believes that the Virat-Kohli led team has a “fantastic chance” to lift the upcoming ICC World Cup 2019, which begins on May 30 in United Kingdom. India begin their campaign against South Africa on June 5 at Southampton.

“India has got a fantastic chance to win the World Cup. At least, the last four they will go, definitely. But the final, I can’t predict to be honest. But we have got extreme potential and all the players are (in) good form,” Vengsarkar told reporters here on Monday.

Vengsarkar, who is the mentor of the T20 Mumbai League, was speaking after the organisers – Mumbai Cricket Association – announced its second season which will begin from May 14. League’s ambassador Sachin Tendulkar and mentor Sunil Gavaskar were also present. (ALSO READ: Tendulkar to Ethics Officer: No tractable conflict, BCCI responsible for this current situation)

Tendulkar too praised the League. “T20 Mumbai League is soon going to be a league that most of the players from across the nation will want to participate in. For so many years, the (way) Ranji Trophy team has played, if given a choice a number of players would have wanted to be part of Mumbai Ranji Trophy because the brand of cricket was different, and everyone wanted to be part of it,” said Tendulkar.

Tendulkar also said Mumbai still has enough talent. “I don’t think we are down in the dumps at all. There have been occasions where we have gone to the semis and final (in the Ranji Trophy). I feel with this T20 League’s performance, as Mr (Sunil) Gavaskar put it correctly, a number of careers started.

“I think four to five players were picked up by IPL teams to represent their teams. I think it’s a beginning when we compare ourselves to someone like Punjab who has 14 players playing for various teams (in the IPL). I am sure we can get there. We have got good talent here in Mumbai cricket. It is all about opportunities and I keep coming back to that,” he said. (CHECK OUT: ICC latest rankings: India, England dominate Test, ODI charts)

Gavaskar urged the MCA authorities to schedule the league before the IPL auction.

“Shivam Dube got an IPL contract after (playing in T20 Mumbai League). Suryakumar Yadav also got a big contract and I am pretty certain that there will be many more coming from this league, who will be wanted by the IPL franchises for the next season,” said Gavaskar. 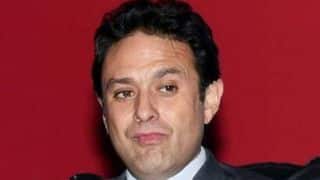 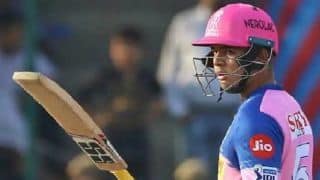