Following India's massive win over England in the opening One-day International against England at The Oval on Tuesday, the Rohit Sharma-led side has gone ahead of arch-rivals Pakistan in the ICC ODI Team Rankings.

Dubai: Following India’s massive win over England in the opening One-day International against England at The Oval on Tuesday, the Rohit Sharma-led side has gone ahead of arch-rivals Pakistan in the ICC ODI Team Rankings. India defeated England by 10 wickets, finishing the 50-over contest in just 18.4 overs as pacer Jasprit Bumrah came up with a career-best haul of 19/6.

Thanks to Bumrah’s devastating bowling, the Jos Buttler-led England were dismissed for 110 runs in 25.2 overs, before Rohit Sharma (76 not out) and Shikhar Dhawan (31 not out) completed the easy run-chase in 18.4 overs.

With the big win, India moved to third in the ICC ODI Team Rankings. Before the game, India were placed fourth with 105 points but the win propelled them to 108 rating points, leaving Pakistan behind at 106.

New Zealand continue to reign supreme at the top of the table with 126 rating points while England are second with 122.

Bumrah’s six wickets saw England crumble to the lowest total against India in ODIs. The rest of the pacers rallied around Bumrah, with Mohammed Shami snaring three wickets and Prasidh Krishna picking up one.

The win continues Rohit Sharma’s unbeaten run in ODIs since being appointed as permanent captain, making it four wins out of four.

Pakistan pipped India to the No.4 spot in the rankings last month after a clean sweep over West Indies and climbed to third after Australia fell off after their series loss to Sri Lanka. However, their stay at No.3 has been a short one, with India claiming the spot.

India could stretch their lead even further before Pakistan play ODIs next, with the two remaining ODIs against England and the three-match series against West Indies later this month.

Conversely, India could drop back behind Pakistan and down to fourth if they lose the final two matches of the series against England, according to ICC.

Pakistan’s next ODI assignment is in Rotterdam against the Netherlands next month, with Babar Azam’s team scheduled to play three 50-over matches during a five-day period. South Africa Forfeit Australia ODI Series, May Miss 50-Over World Cup In India In 2023: Here's Why 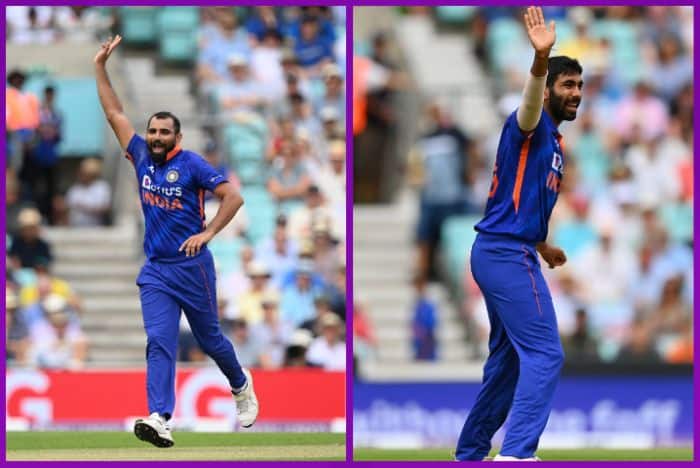