Indian opener Shikhar Dhawan lauded Bangladesh's effort of making it to the final of the Asia Cup - for the second consecutive time - and hinted India won t be taking them lightly.

Indian opener Shikhar Dhawan lauded Bangladesh‘s effort of making it to the final of the Asia Cup – for the second consecutive time – and hinted India won t be taking them lightly.

Bangladesh team is very balanced and they know their strengths, said Dhawan ahead of the final on Friday, adding, They know their strengths and play accordingly. For the past few years they have improved their game and have became a quality side. They are playing good cricket – be it batting, bowling or feilding. And when you have all these departments covered, the results will come naturally.

Bangladesh have been very consistent. Even now, there are in the final, back home (in Bangladesh) it is tough to beat this team. They have proved it overtime. The have experienced players in the side and know how to play under pressure pressure. They don t have the pressure of playing against the big teams, it is a good thing for them, he added.

Asked about any special preparations to counter Bangladesh in the final, Dhawan said, Tomorrow, we will have the same game plan as we had earlier (in the Super Four). Individually, we gave our own plans and will stick to it.

Despite the absence of regular skipper Virat Kohli, who was rested for the tournament, India s batting has steamrolled their oppositions with stand-in skipper Rohit Sharma and Shikhar Dhawan leading the run-getters tally and Dhawan says the duo have not felt that they have an extra responsibility to perform without Kohli.

It is not like that when Virat is not there we have extra responsibility. In this tournament we had the opportunity to try out new players and we did that. We put in the same effort irrespective of Virat being there or not, said Dhawan, who has notched up scores of 127, 46. 40 and 114 in the four Asia Cup matches.

This rich vein of form comes at a time when Dhawan was under the scanner after his poor show in the Test series against England where he failed to register a single fifty plus scores in eight innings. 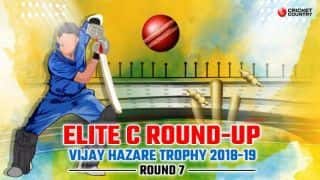