India has ruled out the possibilities of bilateral ties with the neighboring nation for the time being, even at neutral venues.

India has ruled out the possibilities of bilateral cricket ties with Pakistan for the time being, even at neutral venues. According to media reports, Sushma Swaraj, India’s Minister of External Affairs, indicated the government’s decision at a meeting of the consultative committee attached to the ministry that offered a review of relations with Pakistan. When asked about resuming suspended ‘cricket diplomacy’ between the two nations, Swaraj said the increasing number of cross-border firings do not set the tone for any kind of bilateral engagements. Rameez Raja expressed his disagreement to India’s decision of not playing Pakistan,

I do not understand this rhetoric

“I do not understand this rhetoric. The Indian government has decided that they will not let people to people contact to take place, Rameez to Geo News. I fail to understand why the sport is dragged into these matters.

Sikander Bakht thinks that the Government of India is forcing their decision to players who want to play Pakistan: “The people and cricketers of India do not agree with this. These are the policies of the [Narendra] Modi government.

Shoaib Akhtar, on the other hand, has a different take: This is a very sad situation. I think if India does not want to play they should avoid such statements.

PCB has claimed a compensation of $70 million from BCCI for not following the MoU signed in 2014, as six series were to be played between the nations in the period between 2014 to 2023. India’s Future Tour Programme (FTP) schedule does not include any bilateral series with Pakistan. 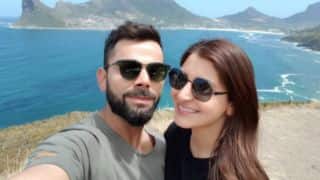