Australian umpire Simon Taufel, who is set to stand in his final international game during tomorrow's ICC World T20 final, termed the 2011 World Cup semi-final between India versus Pakistan as the "most exciting match" of his career. 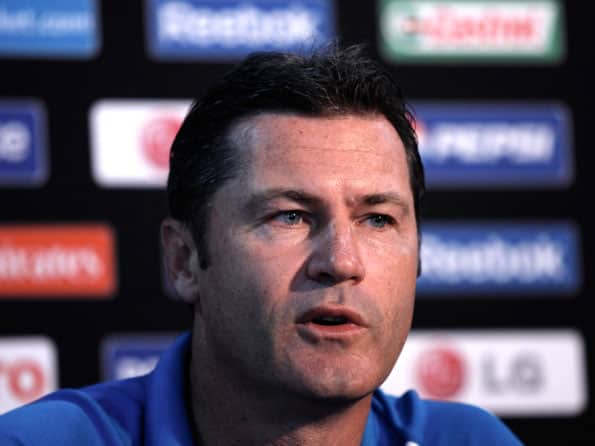 Australian umpire Simon Taufel, who is set to stand in his final international game during ICC World T20 final, termed the 2011 World Cup semi-final between India versus Pakistan as the “most exciting match” of his career.

“When I look back, there are many memorable moments but I can instantly remember the India versus Pakistan game at Mohali during the 2011 World Cup semi-final as the most exciting one,” Taufel said during his interaction with media at the Premadasa Stadium today.

“The Prime Ministers of the two countries were present and it was more than just a game of cricket. I believe there were two finals in 2011 World Cup. The semi-final and the final,” he added.

The 41-year-old Australian said that the “toughest match” of his career was a Test match between India and England in Mumbai which were the “longest five days as I was not well. I was bitten by the stomach bug in Mohali. It was a physical as well as mental Test.”

There are many challenges for an international umpire and Taufel cited a few examples when he had to be at his best.

Taufel also had a horrifying experience when he was a witness to the terrorist attack on the Sri Lankan team bus and match officials near the Gaddafi Stadium in Lahore back in March, 2009 and, by his own admission, the incident changed his priorities in life.

“That day did change me personally and I think my family is happy to see me sitting over here. I learnt a lot on that day and it helped me focus on the priorities of my life. After that incident, I had to make a difficult phone call to my wife,” Taufel recollected.

But he didn’t forget to mention that he had “very fond memories” having officiated in a lot of international matches in Pakistan.

Taufel, who will now be an ICC High Performance Manager for Umpires, said that he is happy to go out on his own terms.

“I always wanted to finish at an ICC event and go out on my own terms. I wanted to have my family here when I would walk away from on-field international umpiring. People and players would expect that I have a good game tomorrow.”

Asked about what it takes to make a good umpire, Taufel replied, “It requires all kinds of personal skills, man management, technique. It really is a different challenge. There is a responsibility towards broadcasters, to the people who watch it on TV.”

Taufel didn’t want to answer a question on the uniform implementation of DRS.

“I don’t wish to comment. It is a matter that Dave (Richardson) is taking up with the various cricket committees. My job is to see how technology has a role in the game and also develop and educate future match officials.

“We want to work with national cricket boards to realise their potential. We would have a 6-8 months course on a lot of topics like communications and management. We are trying to prepare a strategic plan draft which would allow all top level domestic umpires to allow a career path through to international cricket.”

The Australian informed that he had some fruitful discussions with officials of both BCCI and Sri Lanka Cricket (SLC) on “merit based systems and how they can use video technology at grounds”.

“It was about passing on personal experience and trying to assist their top domestic umpires telling them what to do.”

“I started as a Grade-V umpire and in those days we used to get 60 dollars (per match) which helped me pay my university fees.”

For a number of years now, India haven’t been able to produce ICC Elite Panel umpires, but the Aussie said that it would happen very soon.

“I have no doubt in my mind that India will be able to produce some good Elite Panel umpires as they have a lot of good umpires.” (PTI)

Tony Greig: The man who joined Kerry Packer to change fortunes of cricketers

Suresh Raina's nephew clarifies,'Tweet was for India & not Pakistan'!