Pakistan and India have signed a agreement for six series four of them to them to be hosted by Pakistan.

The Chairman of the Pakistan Cricket Board (PCB), Najam Sethi foresees a financial bonanza of around USD 450 million if a planned bilateral series agreement with the Board of Control for Cricket in India (BCCI) goes smoothly. Sethi told the media that if Pakistan was able to host four “home” series against India as envisaged in the agreement its earnings from the next eight-year cycle of international cricket would be around USD 450 mainly from four series with India.

Pakistan and India have signed a agreement for six series four of them to them to be hosted by Pakistan either in Pakistan or at neutral venues between the period 2015 to 2023. Analysts believe the Indians agreed to the agreement after Pakistan didn’t oppose the election of N Srinivasan as Chairman of the revamped International Cricket Council (ICC) with more powers being given to India, Australia and England.

The wholesale governance changes and new financial model, which Pakistan initially opposed, was formally endorsed at the ICC’s annual meeting in Melbourne last week. Sethi said according to rough estimates Pakistan could earn around USD 300 million from just the four series against India in the new future tours program.

“No international team has played in Pakistan since 2009 and that is a major problem for us and we need funds that is why this agreement is so important for us,” he added. Sethi also claimed that if Pakistan had not approved the radical changes in the ICC set up the PCB could have gone bankrupt in two years time and Pakistan would have stood isolated in international cricket.

Sethi said Pakistan had gained a lot from the annual ICC meeting and being included on the executive committee of the ICC for one year with the big three was a big step forward for it. “It also means that after India, England and Australia we will get the highest share of the ICC earnings which has increased significantly to around USD 150 million from roughly USD 60 million,” he stated.

Talking about the PCB move to get the ban on pacer, Muhammad Aamir reduced from five years, Sethi said the board would now move a fresh application with the ICC to allow Aamir to resume playing domestic cricket before his ban ends. “We will move the application in October when the new set of anti-corruption code is approved by the ICC committee,” he said. 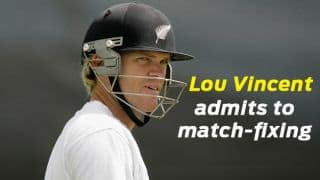 Lou Vincent: My name is Lou Vincent and I am a cheat 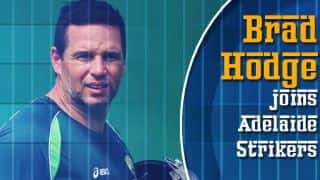