The two neighbours played against each other in the 2019 World Cup as India had won that game convincingly by 89 runs (DLS method). The former Pakistan skipper recalled that the India-Pakistan series was followed more than the iconic Ashes between England and Australia.

Cricket is followed passionately in India and Pakistan and both teams have die-hard fans. The rivalry has always been intense because of the history between the two nations. Pakistan has a better head to head record against India but the Indian team has been able to turn the tables in the last 15 years.

“India-Pakistan series was followed much more than The Ashes and people thoroughly enjoyed each and every moment. For the betterment of the game and the players, it is important to have the Asia Cup and also bilateral series between India and Pakistan,” Inzamam told Sportstar in an interview.

“Each and every competition is important. In our times, the Asia Cup was a tournament where the top teams would compete. The more you play high-quality cricket, you develop your skills. For instance, if India were playing Pakistan, the players would be excited to put in their best efforts because they know the importance and intensity of these matches. That not only helps a player grow but also helps him earn appreciation from the fans. I think it is important to have these tournaments.”

Furthermore, Inzamam recalled that the rivalry on the ground was always intense between India and Pakistan but the players were good friends with each other while being off the field. The former Pakistan captain also added that it also provided an opportunity for young players to learn from the seniors.

“When we would play against each other, it was a great feeling. In those bilateral series, it was also an opportunity for the young cricketers to learn a thing or two from the senior players. Be it a Sachin Tendulkar or a Sourav Ganguly or Mohammad Azharuddin or Javed Miandad, the youngsters could just walk up to them and pick their brains. That was a fantastic opportunity to improve one’s game,” the former Pakistan captain said.

“The on-field rivalry was intense, but at the end of the day, players respected each other and shared camaraderie. Meri toh khwayaish hain ke yeh cheez dobara shuru ho jayein (I wish this [India-Pakistan series] resumes).” 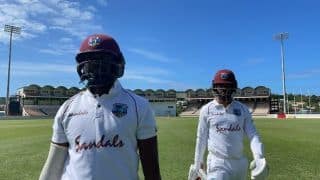 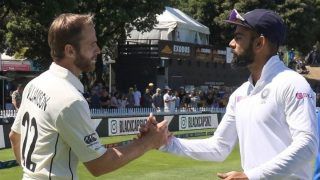