Colombo: Virat Singh and Washington Sundar struck half centuries as India Under-19s defeated Sri Lanka Under-19s by four wickets to record their fourth successive win in the tri-nation cricket tournament at the R Premadasa Stadium in Colombo on Thursday. With this victory, India colts have assured their place in the final to be played on December 19. Chasing 222, India lost their openers early but Sundar and Anmolpreet Singh put their side back on track with a 55-run partnership. Anmolpreet was run out for 25 in the 19th over, but Sundar carried onto make 61, before he fell in a similar manner. UPDATES: Sri Lanka U-19 vs India U-19, Tri-nation tournament, 5th match at Colombo (RPS)

Virat then sealed the deal in India’s favour with an unbeaten 60 off 89 balls, sharing a vital 63-run partnership with Mahipal Lomror (32 off 51 balls) that helped put India back on track after they were struggling at 119 for five at one stage.

Opting to bowl, India made early inroads to reduce Sri Lanka to 75 for three in 17.3 overs. Opener Kaveen Bandara, though, held firm, and scored an elegant 74 off 116 balls, including four fours, and added 91 for the fourth wicket with Kamindu Mendis (65 off 93 balls). Both batsmen scored fifties, but exited in quick succession, which triggered a slide.

Sri Lanka lost their last six wickets for 55 runs and were restricted to 221. Seamer Khaleel Ahmed was the most successful bowler for India, returning figures of four for 55. 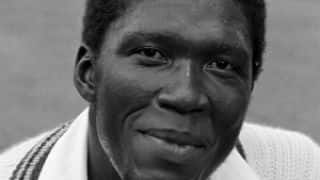 Joel Garner: At your toes or throat all day