India ranked No. 2 in Test cricket, Australia at top in ICC Rankings

India ranked No. 2 in Test cricket, Australia at top in ICC Rankings

South Africa has dropped down to sixth position in ICC Test Rankings.

Dubai: Australia has opened up a six-point gap over India at the top of the MRF Tyres ICC Test Team Rankings following the annual update with the results from 2012-13 no longer included in the calculations and outcomes from the 2014-15 series weighted at 50 per cent. According to a media release issued by ICC, India now leads third-placed Pakistan by just one point. Pakistan has benefitted from the annual update as defeat against South Africa by 3-0 in 2012-13 no longer counts, while the 2-0 loss to Sri Lanka in 2014-15 has its weighting reduced to 50 per cent. Full Cricket Scorecard: Delhi Daredevils vs Gujarat Lions, IPL 2016 Match 31 at Rajkot

The annual Test update has resulted in South Africa dropping from third position to sixth after conceding 17 points. This is due to South Africa’s victories over England, Australia, New Zealand and Pakistan in 2012-13 all being dropped from the rankings calculations. The annual update has also affected the West Indies, which has retained its eight position but has dropped from 76 points to 65 points. This is because its victories over New Zealand, Bangladesh and Zimbabwe in 2012-13 have all been dropped from calculations. READ: Australia replace India as world No.1 in ICC Test rankings

The gap between the West Indies and ninth-ranked Bangladesh has been slashed from 29 points to just eight points. With Sri Lanka and Pakistan visiting England this summer for three and four Tests respectively, Australia traveling to Sri Lanka in July for three Tests and South Africa hosting New Zealand in August for two Tests, the series outcomes may well result in significant movements on the MRF Tyres ICC Test Team Rankings. 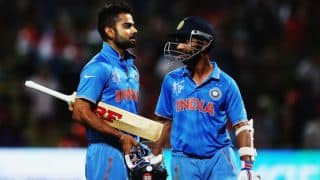 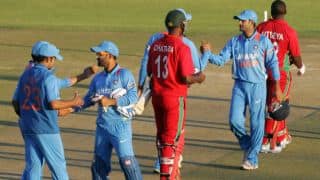