India maintained its number one spot in the ICC ODI Championship table while Virat Kohli retained his number three position among batsmen in the latest rankings issued on Monday. 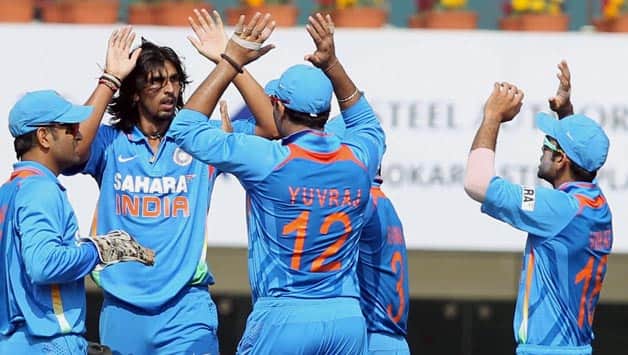 India continued at the top slot with 119 points © PTI

India maintained its number one spot in the ICC ODI Championship table while Virat Kohli retained his number three position among batsmen in the latest rankings issued on Monday.

India continued at the top slot with 119 points, followed by England, while a 5-0 series victory over the West Indies saw Australia gain three rating points to be at the third place with 116 points.

In the rankings for ODI batsman, comeback man Shane Watson of Australia broke into the top 10 after jumping six places to eighth. Watson ended as the leading run-getter of the West Indies series with 198 runs from three games at an average of 66.

The batting chart continues to be headed by South Africa’s Hashim Amla, followed by his captain AB de Villiers and India’s Virat Kohli in third place.

In the ICC Player Rankings for ODI bowlers, West Indies‘ Sunil Narine has moved up a place to third to reclaim his career-best placing thus far. Narine has also achieved a personal best-ever 740 ratings points in this series against Australia.

Clint McKay of Australia has broken into the top 10 of the bowlers’ list for the first time ever by moving up seven places to seventh. McKay’s nine wickets from five games at an average of 21.88 helped him break into the top 10 in seventh spot, while his teammate Mitchell Johnson has jumped five places to 14th.

The bowlers’ table is still headed by Pakistan’s Saeed Ajmal, with Mohammad Hafeez in second place.

There is no change in the top 10 of the all-rounders’ list. Hafeez continues to head this table with Shakib Al Hasan and Watson in second and third places respectively.

In the latest ICC ODI Championship Table, the top half is so closely bunched that just 12 ratings points separates India from sixth-placed Pakistan.

For the West Indies, the 0-5 series loss against Australia saw it drop four ratings points to 84 even as it continued to retain seventh place.