India's five-wicket defeat against Bangladesh in an Asia Cup match in Mirpur has helped South Africa secured second position in the ICC ODI Championship table at the April 1 cut-off date. 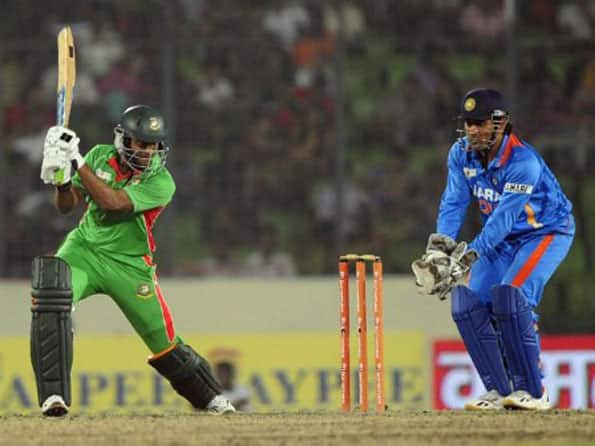 India’s five-wicket defeat against Bangladesh in an Asia Cup match in Mirpur has helped South Africa secured second position in the ICC ODI Championship table at the April 1 cut-off date.

The defeat last night resulted in Indian team slipping from 118 ratings points to 116 ratings point and now even victories against Pakistan on Sunday and then again on Thursday if it manages to reach the final, will not be enough to overtake South Africa.

So AB de Villiers’s side won a prize of USD 75,000 for this achievement. This is in addition to the USD 75,000 it won on Sunday after finishing second to England in the ICC Test Championship table.

Australia, meanwhile, has won a cash award of USD 175,000 after confirming its status as the No.1 ranked ODI side in the world following its victory over the West Indies in the first ODI at Kingstown yesterday.

The 64-run triumph has kept Shane Watson’s side on 127 ratings points but more importantly this means it cannot drop behind second-ranked South Africa even if it loses the remaining four ODIs of the current series.

If Australia loses the remaining matches, it will finish on 120 ratings points — one ahead of South Africa.

Apart from winning the cash award, the four-time world champions have also retained the prestigious ODI Championship shield for the third year running.

England have retained the Test Championship mace and earned USD 175,000 when it secured the No.1 position after rain had the last laugh on the fifth and last day of the Dunedin Test between New Zealand and South Africa, which ended in a draw.

South Africa had entered in the three-Test series against New Zealand, needing to win all the matches to leapfrog England. And though it may end up winning the last two Tests, it will not be enough to put it ahead of Andrew Strauss’s side before the cut-off date. (PTI)

Sachin Tendulkar will create many such milestones: Jagmohan Dalmiya