An under-fire Haroon Lorgat will be desperate to solve the impasse regarding India's year-end tour of South Africa when he meets Board of Control for Cricket in India (BCCI) secretary Sanjay Patel at the Chief Executives' Meet at the ICC Headquarters in Dubai on September 16 and 17. 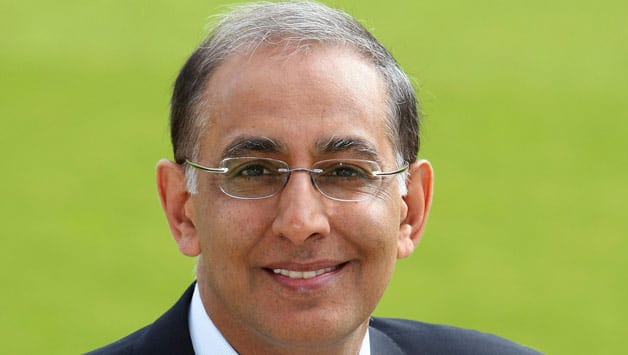 An under-fire Haroon Lorgat will be desperate to solve the impasse regarding India’s year-end tour of South Africa when he meets Board of Control for Cricket in India (BCCI) secretary Sanjay Patel at the Chief Executives’ Meet at the ICC Headquarters in Dubai on September 16 and 17.

Cricket South Africa (CSA) is worried about incurring huge losses if BCCI has its way about playing a curtailed series of two Tests and three ODIs instead of originally scheduled three Tests, seven ODIs and two T20 Internationals.

In response to the recent reports, Lorgat said, “There has rightly been concern about reports of a shortened tour by India but I am looking forward to meeting Sanjay [Patel] so that we can work out the best possible schedule under the present circumstances.”

The Afrikaans daily ‘Beeld‘ earlier this week quoted reliable sources as saying that CSA stands to lose about R300 million [Rand] in total if the India tour is shortened, particularly from TV broadcast rights.

“The meeting has been agreed after several conversations between the two over the past few days as they work towards resolving scheduling issues around the end-of-year tour to South Africa by India,” CSA said in a statement.

As custodians, we have a responsibility to act in the best interests of the game and all our stakeholders.

“It is clear to me that both our boards are committed to working together to ensure the wonderful relationship we have had for the past 22 years is strengthened.

“As South Africans, we will always be grateful to the Indian Government for the leading role they played in first enforcing the sports boycott during the dark years of apartheid and later, together with the BCCI, facilitating our return to the world family of cricket nations.

“While we would not want to disappoint our fans and stakeholders and keep them abreast of developments, we have to follow official communication protocols in dealing with this matter, so we ask for patience and support as we engage our counterparts at the BCCI,” added Lorgat to appease growing anger among fans about a lack of information on the situation from CSA.

Lorgat thanked the fans as well as the sponsors for their support during difficult times.

“We are truly heartened by the messages of support from fans and commercial partners and wish to express our sincere thanks and appreciation for their understanding.”

CSA announced earlier this year that India would tour for three tests, seven ODIs and two T20 matches between 18 November and 25 January.

Although there had not been any denial or confirmation of this from the BCCI since then, the parent body announced on Monday that the West Indies would tour India in early November and India would go to New Zealand for two Tests and three ODIs in January.

That would effectively cut into the South African plan and shorten the visit, with insiders saying that India wants only three ODIs along with couple of Tests and T20 Internationals.

The shortened tour appears to be confirmed by New Zealand’s announcement on Monday that the first ODI against India would be on January 19, which would have been the final day of the third and last Test between the Proteas and India at the Wanderers on the CSA agenda.

Lorgat last week reaffirmed to PTI that he was keen to go to India to resolve the impasse which according to reports has led to bad blood between CSA and BCCI.

The feud between the two allegedly stems from Lorgats tenure as ICC chief executive, where he stood firm against opposition by India to ICC plans regarding DRS and implementation of Woolf Committee recommendations.