India are well used to carrying the hopes of millions of cricket fans but now they will also try to overturn the weight of history by becoming the first main host nation to win the World Cup. 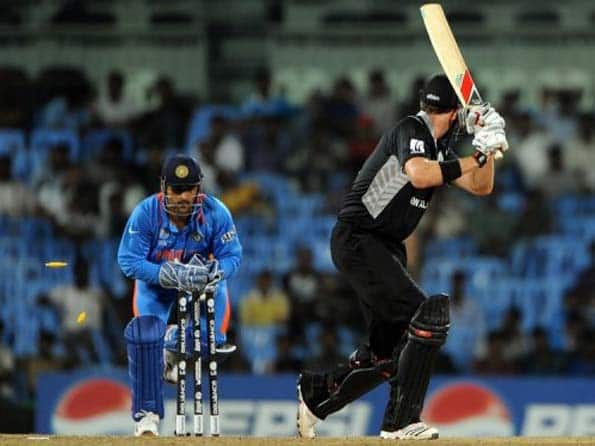 India are well used to carrying the hopes of millions of cricket fans but now, they will also try to overturn the weight of history by becoming the first main host nation to win the World Cup.

Home advantage is supposed to count for something in many sports but not so when it comes to winning the World Cup, where individual brilliance or mathematical error have left those staging the party having to watch someone else walk away with the best present.

England hosted the first three World Cups, starting with the inaugural edition in 1975 and their best-effort saw them finish runners-up to a star-studded West Indies side in 1979. The pioneers of one-day cricket, England reached the semi-finals in 1975 only to come up against inspired Australia all-rounder Gary Gilmour. Left-arm paceman Gilmour made the most of a helpful Headingley pitch by taking six wickets for 14 runs as England collapsed to 93 all out and so became the first bowler to take six wickets in a one-day international.

Australia slumped in turn to 39 for six only for Gilmour to defy them with the bat in a match-clinching 28 not out. Four years later, England went one better but this time were undone by the West Indies.

Batting great Viv Richards hammered an unbeaten 138 and shared a century stand with Collis King, whose 86 turned the tide in his side’s favour. England openers Mike Brearley and Geoff Boycott made a solid start in reply but, chasing 287 for victory, they couldn’t keep up with the rate.

There was no third time lucky for England when an unheralded Indian side, the eventual champions, beat them by six wickets in the 1983 semi-final.

The first sub-continental World Cup in 1987 was set up to produce an India-Pakistan final. But it was Australia vs England, who made it into a final which was won by an emerging Aussie side after they each defeated the Asian giants in their respective semi-finals.

Australia were indebted to fast bowler Craig McDermott’s fine return of 5 for 44 as they beat Pakistan by 18 runs in Lahore while England’s Graham Gooch swept India’s spinners to distraction in a match-winning 115.

Australia and New Zealand shared the staging of the World Cup in 1992 and this time around Allan Border’s men couldn’t even make it to the semi-finals.

New Zealand, led by Martin Crowe, did get to the last four only to see Inzamam-ul-Haq, then only 22, hit a 37-ball 60 in Auckland that set Pakistan up for victory over England in the final.

India, Pakistan and Sri Lanka were the joint hosts for the 1996 World Cup. India beat Pakistan in the quarter-finals but then lost to Sri Lanka in the last four after match referee Clive Lloyd awarded the game to the islanders after riots at the Eden Gardens in Kolkata. Sri Lanka, captained by combative skipper Arjuna Ranatunga, beat Australia in a day/night final in Lahore.

When the Word Cup returned to England in 1999, the hosts were eliminated before the tournament song had reached record-store shelves.

South Africa too failed to get out of the group stage in 2003 when a miscalculation saw them think they’d clinched victory in a rain-affected must win game against Sri Lanka when in fact they’d only tied.

West Indies did at least reach the Super Eights in 2007 but after starting the second phase with a 103-run thrashing by Australia, who would win a third straight title, were never in the hunt for a semi-final spot.