The selectors have tried to provide the team management with a backup option for all departments in the upcoming Test series against England, according to new chief selector Sandeep Patil who today said promising youngsters will get their "due chance" whenever the slots open up. 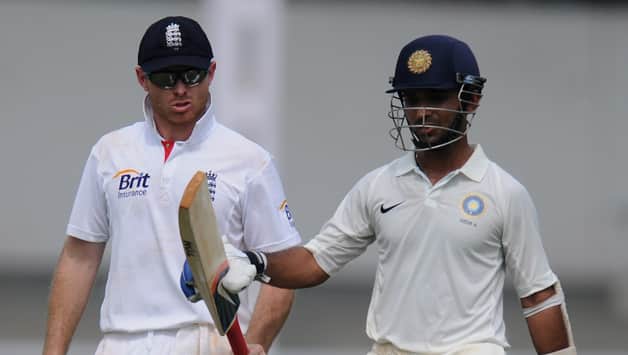 The selectors have tried to provide the team management with a backup option for all departments in the upcoming Test series against England, according to new chief selector Sandeep Patil who said promising youngsters will get their “due chance” whenever the slots open up.

Patil also clarified that the selectors had chosen three openers and not four in the Indian squad with Murali Vijay being the reserve opener and Ajinkya Rahane being picked as a middle order batsman.

Asked whether the selectors had any specific long-term goal for the team, Patil said ” No, were going match by match and series by series.”

“Every match is going to be important and we want the Indian team to do well in each of those matches. Lets not talk about the season ahead of us but this series against England that is coming up”, he told BCCI’s official website.

The 56-year-old Patil, a former Indian cricketer known for his flamboyant batting, said that he will try to blood the youngsters whenever the opportunity came.

“We have good established cricketers in the team. The opportunities will come for the youngsters. Its a long season and everybody will get his due chance whenever a slot opens up”, he said.

Asked if there was anything that he would like to continue from the previous selection committee, he said, “The previous committee did a fantastic job. They won the World Cup! Wed like to take the good work performed by them forward during our tenure”.

Patil, who was also a coach before serving at the National Cricket Academy (NCA) for three years as the Director of Operations, said he would just focus on his job.

“You have to restrict yourself (from coaching players). At this stage the responsibility I’m given is that of selecting the team and I will limit myself to performing that role”, he said.

“Cricket is a challenging game, whether you are a player, a coach, a media person or a selector. You have to move forward according to the changing times and the requirements of different formats. I hope me and my committee fulfil our roles efficiently”.

Patil said he shared a good rapport with his fellow selectors and that will help in their job.

“Were all very like-minded and have played together at some time or the other. Roger (Binny) and I played a lot of cricket together. Saba (Karim) and Vikram (Rathod) have been with me on tours. So, its a nice group of five men who share the same thinking and objective”, he said.

On whether his previous roles help will help his as the chairman of selectors, he said ” In my three years at the NCA I had the opportunity to see each and every contracted player from close quarters.

“I got to know everything about them their technical strengths and where they lacked, their fitness and mental strength. I could interact with all these players and I got to know them inside-out. That will help me bridge the gap that exists between the selector and the player. I can pass on so much of that information to my colleagues and they will benefit from it too”, he added.

Stuart Broad couldn't bowl against Mumbai A due to bruised heel