Harbhajan Singh's lack of form and the poor quality of the other slow bowlers in the Indian Test team have raised fears that the nation's long and glorious tradition of spin wizardry is under threat. 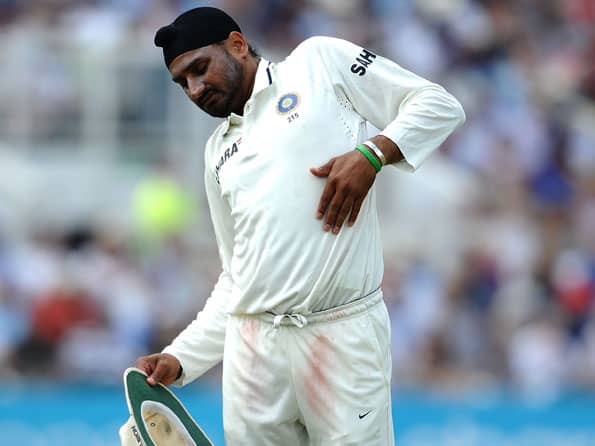 Harbhajan Singh bagged just two wickets in two Tests at an average of 143.50 in England before heading home with an abdominal strain Getty Images

Harbhajan Singh’s lack of form and the poor quality of the other slow bowlers in the Indian Test team have raised fears that the nation’s long and glorious tradition of spin wizardry is under threat.

Harbhajan bagged just two wickets in two Tests at an average of 143.50 in England before heading home with an abdominal strain, sparking debate over whether he will ever fill the void left by retired spin partner Anil Kumble.

Fans hope Harbhajan’s slump is temporary as he has been India’s key tweaker since much-loved leg-spinner Kumble retired in 2008 with 619 wickets, the third-highest total in Test cricket.

Harbhajan, 31, has so far taken 406 Test wickets with his whiplash right-arm action, and he says he is now fighting fit and ready to return to his best.

India have tried leg-break specialist Amit Mishra and left-arm orthodox slow bowler Pragyan Ojha in recent years, but neither has cemented a Test berth as the cricket-mad nation searches for a match-winning performer.

Mishra, who replaced Harbhajan for the last two Tests of the four-match England series, took just three wickets at an average of 106.66 as India slipped to a crushing 4-0 defeat.

“There is so much negativism about spin bowling these days. A lot of bowlers are bowling flat,” India’s legendary former left-arm spinner Bishan Singh Bedi told AFP.

Bedi, renowned for his smooth bowling action in the 1960s and 1970s, believes India will find it hard to find quality Test spinners in the one-day and Twenty20 era.

“How many overs does a bowler bowl in T20 or one-day cricket?” Bedi asked. “A spinner needs to attack and bowl long spells” if he hopes to succeed at Test level.

Bedi, who quit Tests in 1979 with 266 wickets in 67 matches, said the country needed a better system to produce world-class Test spinners.

“We had Kumble…. not because of the system, but despite it,” said Bedi.

Traditionally, India’s dry, grassless wickets have bred a series of spin bowlers who have bewitched and bemused teams around the world.

Vinoo Mankad, Ghulam Ahmed, Subhash Gupte and Bapu Nadkarni were much feared in the 1950s and 1960s.

Then came the famed quartet of Bedi, Erapalli Prasanna, Bhagwat Chandrasekhar and Srinivas Venkataraghavan, who used their different styles to mesmerise top-class opposition for more than a decade.

Indian captains often used the new ball only for a few overs to take off its shine before tossing it to the spinners, who rarely let their team down.

The quartet made India a major cricket force before quitting the scene with a combined tally of 853 Test wickets.

Ravi Shastri, Dilip Doshi, Shivlal Yadav, Venkatapathy Raju and Maninder Singh all kept alive the spin tradition in 1980s and 1990s, but it was Kumble who emerged as perhaps the best of all.

Kumble was effective home and away, developing an aggressive spin style in which the ball fizzed off the pitch. He built up a formidable bowling partnership with Harbhajan, but Kumble’s retirement three years ago has been hard to overcome.

Harbhajan now remains the lone top spinner in the country, with few young Indians vying to join him.

“He (Harbhajan) is missing the pressure created from the other end by Kumble,” former India leg-spinner Laxman Sivaramakrishnan said recently.

“Now, he has to both build the stress and pick wickets and is finding it very difficult. He needs to make the switch mentally to the role of the spin spearhead.”(AFP)

Unfair to suggest that ECB is institutionalising racism