Sri Lanka won just one ODI in the just-concluded full tour of India.

Sri Lanka won just one ODI in the just-concluded full tour of India but their coach Nic Pothas has sought to take the positives, saying his side were good in patches and would return home as better players.

Sri Lanka lost the three-match Test series 0-1, followed by 1-2 defeat in the ODIs and then suffered 0-3 humiliation in the T20 Internationals. They lost the third and final T20I game by five wickets here last night.

“We have been good in patches. I will probably say that in the first T20 we did not compete at all, in the second T20 you had two fantastic innings,” said Pothas, referring to India stand-in skipper Rohit Sharma’s blistering knock of 208 not out and Angelo Mathews’ 111 not out at Mohali.

Certainly, you’ve seen glimpses of where we’re heading, and hopefully this next tour to Bangladesh, this is going to stand us in very, very good state,” he said.

The 44-year-old South Africa-born Pothas, who has played 200 first class games as a wicketkeeper-batsman besides turning out for a handful of ODIs, is set to go to Bangladesh in his original capacity of fielding coach after filling up the vacant head coach’s job in India.

The Lankans are to visit Bangladesh for a short tour to play a couple of Tests and as many ODIs between January 31 and February 18.

“Any tour to India is going to be tough and I think from an educational point of view and the development of our players, it has been fantastic. Everyone is going to leave here as a better player, whether it be mentally understanding what they need to improve or physically within their skills,” he said.

“So, I think you’ve always got to look at the opportunity that we’ve been given to come to India and certainly there’s a lot of these that we need to work on. But everyone is going to leave with a better place and with a better understanding of their own game,” added Pothas. 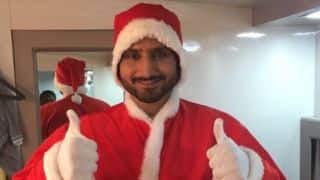