India Tour of Australia: Melbourne Cricket Ground to Have Crowds For Boxing-Day Test

India Tour of Australia: Melbourne Cricket Ground to Have Crowds For Boxing-Day Test

Victorian state premier Daniel Andrews who said fans will be allowed at the iconic venue. With the lockdown restrictions lifted on Monday in Melbourne, the city is all set to host crowds for the Boxing Day Test between India and Australia at the MCG later this year. It is the Victorian state premier Daniel Andrews who said fans will be allowed at the iconic venue.

“The Boxing Day Test of course is very different (to the Melbourne Cup) because that is some way off,” Daniel Andrews said.

He also said that he is not sure how many people will turn up for the event as the COVID-19 scare will still be prevalent in all probability when the Test takes place.

“I am very confident that we will get a crowd at the MCG for the Boxing Day Test. I don’t know how big it will be but there will be a crowd, that’s the advice that I have, that’s what we’re working towards,” he added.

If the match takes place with a crowd in place, it will become the first cricket game to host fans in the post-COVID-era.

In fact, Melbourne is also set to permit spectators for the iconic Melbourne Cup horse race, which is scheduled to take place next week.

The fixtures are yet to be finalised, but India is set to play 3 ODIs, as many T20Is, and 4 Tests in Australia from November final week.

Currently, most Australian and Indian players are in UAE for the ongoing season of the Indian Premier League.

Meanwhile, BCCI is likely to announce a 32-member Indian squad today. The tourists are opting for a big squad because of injury concerns and the pandemic. 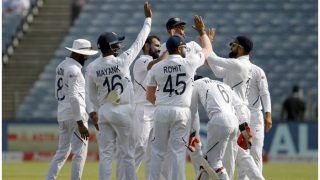 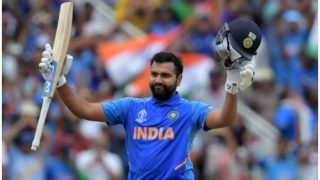 Rohit Sharma Injury Update: Here is Why Mumbai Indians Skipper Did Not Get Selected For India's Tour of Australia