Daniel Vettori will not be considered for the upcoming series against India owing to a back injury.

New Zealand‘s veteran spinner and former captain Daniel Vettori will not be considered for the upcoming series against India owing to a back injury which has flared up in recent days.

New Zealand squad for the five One-Day Internationals (ODIs) against India, starting January 19, is set to be named on Wednesday. The ODIs will be followed by two Tests next month.

The inspirational former skipper, who has been battling injury setbacks, is also scheduled to have a chat with Hesson about his future by the end of this month.

“I’ve spoken to Dan and he wants to come back from Australia and see how his body is, then have a good catch up with Brendon and I and chat about his future,” Hesson said.

Vettori is currently playing for Brisbane Heat in the Australian Big Bash. Turning 35 this month, Vettori’s latest back problem has necessitated three pain-killing injections in the space of few days.

Signing up as coach of Royal Challengers Bangalore in the Indian Premier League has led to heightened speculation about his playing career.

The youngest man to play Test cricket for New Zealand, at the age of 18, Vettori is one of only eight players to have managed 300 Test wickets and 3000 runs.

His ODI record is also impressive having taken 284 wickets besides scoring 2110 runs in 275 matches. 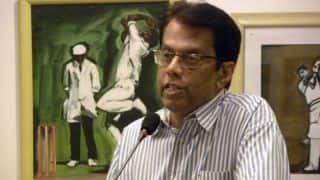