Syed Kirmani said that critics and fans need to be patient with the team.

Former stumper Syed Kirmani backed Mahendra Singh Dhoni‘s captaincy, saying too much should not be read into India‘s fourth consecutive series loss overseas as he felt every team goes through a bad phase.

“It does not matter whether it is four losses or five.

“It should not be a matter of concern. It happens to everybody in their lives, not only in sports. You cannot be in form all the time.”

India have lost their last four series abroad starting with the 4-0 rout suffered in England and ending with the 0-1 loss to New Zealand.

The 64-year old cricketer-turned-golfer said at the Bombay Presidency Golf Club in Chembur that critics and fans need to be patient with the team.

“It happens to every individual cricketer, to every team as well. You have got to accept certain defeats. You have to be patient and you can’t be criticising a man who has done great things for the country. He has brought some sweeping changes into the game and he is one of those leaders leading from the front,” said Kirmani.

Asked if coach Duncan Fletcher needs to be replaced, Kirmani said that coaches play a minuscule role in the success or otherwise of a team.

“I give only 5 per cent to a coach. It is the captain and the players who have to take an instinctive decision on the field. The coach sits inside the four walls of a dressing room and formulates a strategy and a game plan, whereas in the middle you have to take the strategy or the game plan instantly looking into the circumstances.

“The entire credit goes to the captain and the discredit when they lose. Now you are criticising Dhoni’s captaincy.

When he was winning, he had the same strategy, the same game plan.”

The Bangalore-based former cricketer, who was part of the victorious 1983 World Cup team led by Kapil Dev, rued that the gentleman’s spirit has gone for a toss in modern day cricket.

“The game is played like a war. There is no sporting spirit. There is no appreciation from a player when another plays a good stroke. The bowler sledges and gives him a dirty look. That is not being gentleman.

“You have got to appreciate good strokes, a good player, a good talent. Have some good mannerisms and not behave like monkeys on field. All these mannerisms, they are aware that cameras are on them so these added mannerisms are put on. They are not natural,” he said.

Kirmani advised youngsters to not be greedy and indulge in unethical practices like match fixing.

“I would advise them to keep their heads on their shoulders and not look upwards when they are doing good. Be humble in your achievements and acquire some good qualities of good human beings. Do not be greedy as greed leads to contempt,” he said. 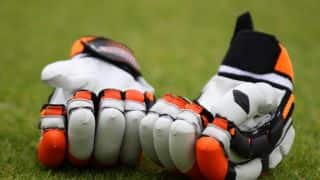 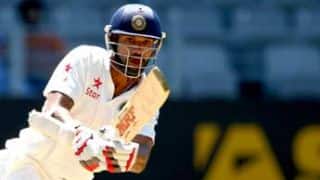