Mumbai: Opener Himanshu Rana’s impressive century (101) went in-vain as England U-19 defeated India U-19 in the opening game of the five-match series, here today. Chasing a total of 256 set by the visitors riding on a Delray Rawlins hundred, India lost teen sensation Prithvi Shaw (9) early but Haryana lad Rana hit 12 boundaries and a six in his 87-ball knock as India were all out for 233 in 42.5 overs. Right-handed Shubhman Gill made 29 off 27 balls.

India colts had a middle order collapse with Salman Khan (8), Mayank Rawat (0), stumper Het Patel (20) going back to the pavilion early. KL Nagarkoti brought the hosts back into contention with 37-run innings, but it was too late as England was rewarded for bowling in right areas as they bundled out the India colts with more than seven overs to spare.

Skipper Matthew Fisher was the most successful bowler for England colts as he snatched 4 wickets conceding 41 runs. Henry Brookes, Rawlins and Holden grabbed two wickets each. Earlier, put into bat at the Wankhede stadium, England were tottering at 13 for 3 in the seventh over with opener Max Holden (3), one down George Barlett (3) and Euan Woods (2) falling cheaply.

However, opener Harry Brook stuck a half century (51 off 75 balls) with four boundaries to help his side come out of trouble. But it was an unbeaten century by No 6 Rawlins, who ensured that the visiting team past the 250-run mark on a pitch, which had some assistance for the bowlers.

Rawlins, took on the Indian bowlers and played round the park, in his quick fire knock of 107 off 88 balls as he stuck 8 boundaries and five towering sixes. After the match centurion, Rawlins told reporters,”Originally, I am from Bermuda, I had a dream to play for England when I was young, so I came over and I am thankful to England for backing me and selecting me on this tour,” he added.

“At the age of 14, I was quite young (when I came to England). Not bad standard (of cricket in Bermuda) but I wanted to push myself, see how far I can go,” said Rawlins. “We were long time preparing for this tour. Tour to Dubai and quite a few camps. To start like was brilliant and the mood in the dressing room is outstanding,” said the left-handed batsman. 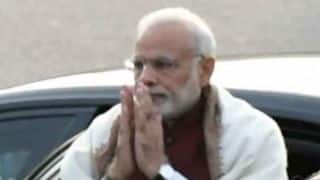 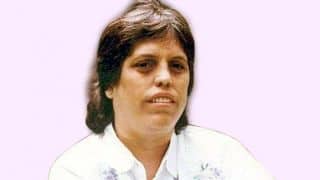