India sailed into the final of the Under-19 Tri-nation Series after a clinical all-round display saw them post a comfortable seven-wicket win over their counterparts from Australia at Darwin on Monday. 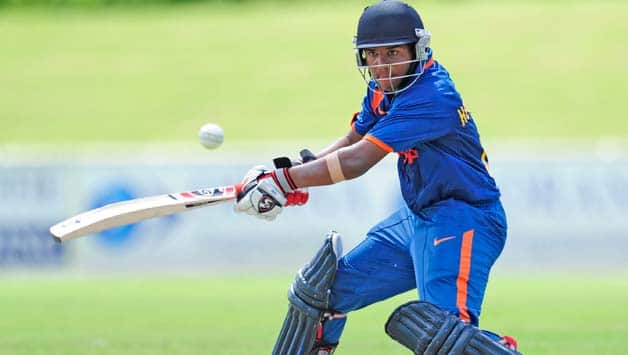 India sailed into the final of the Under-19 tri-nation series after a clinical all-round display saw them post a comfortable seven-wicket win over their counterparts from Australia at Darwin on Monday.

Opting to bowl, India restricted Australia to 191 for six in the allotted 50 overs, before chasing down the target in 45.4 overs.

Aamir Gani (three for 25) was the most impressive bowler from the Indian side while skipper Vijay Zol (64) and Akhil Herwadkar (60) were the main contributors with the bat at the Marrara Oval.

The loss dealt a blow to hosts Australia’s hopes of entering the finals.

India have coasted through the tournament unbeaten and seemed untroubled in the hot Darwin conditions, and it was always going to be a difficult task for the Aussies.

Australia’s openers Matthew Short (34) and Tom Leaver (23) got off to a cautious start after being sent in to bat.

Lower-order cameos from Jake Doran (41) and Cam Valente (28 ) boosted the total, but Australia’s earlier struggle to get the ball past the infield dashed their hopes of posting a defendable target.

Matt Fotia (two for 34) and Short (one for 10) were the wicket-takers for Australia.

While India top the table, Australia sit second ahead of third-placed New Zealand due to a superior run rate.

New Zealand will have an opportunity to overtake Australia when they play India in the last round match of the series on Wednesday.

Speaking after the match, Australian U19 coach Stuart Law said: “In these games, you’ve got to be able to score runs at a fair pace and India have got some good batters; a few boys have played in the IPL already and have that experience. We’ve got some fantastic players too and as soon as they start understanding and believing it, we should start scoring a lot more runs.”

The final will take place here on Friday.