Dream11 Team India Under-19 vs Afghanistan Under-19 Prediction Youth ODI Series – Cricket Tips For Today’s 2nd Match IN-Y vs AF-Y at Lucknow: India and Afghanistan will renew their rivalry on the cricket pitch when their Under-19 sides will face each other in the ongoing five-match Youth ODI series at the Ekana Cricket Stadium B ground, Lucknow. India are riding high on confidence after inflicting a morale-shattering loss to the Afghan colts in the first rubber of the series. A lot of hopes were on Afghanistan Under-19s coming into the series against India Under-19s considering how they performed in the U19 Asia Cup a couple of months ago. The visitors were rattled for just 171 runs as none of their players managed to convert their start. Mumbai all-rounder Yashasvi Jaiswal, who took two wickets, smashed an unbeaten 83-ball 108 to guide India home with 134 balls to spare and nine wickets in the bag. He struck 16 fours and four maximums during his knock. 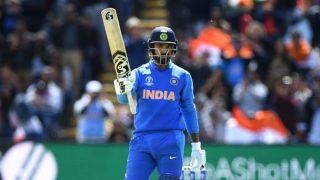