Coulter-Nile is very impressed with Aaron Finch's captaincy and says the lack of runs has not affected his leadership.

Australia fast bowler Nathan Coulter-Nile is very impressed with Aaron Finch‘s captaincy and says the lack of runs has not affected his leadership. Finch has not been in good form even during the Australian summer and it has been continuing against India so far. (READ: Finch’s forgettable 100th ODI)

“I’ve been really impressed with Finch. He actually hasn’t been grumpy or angry or let anything overflow into the captaincy or around the boys. He’s not been scoring the runs he wants to but he’s been an absolute legend around the boys, Coulter-Nile said of Finch. (READ: Dhoni, Jadhav give India 1-0 lead)

Finch was put on the hot seat after Steve Smith and David Warner were suspended on charges of ball tampering in South Africa. Speaking about the first ODI, that Australia lost by six wickets, Coulter-Nile feels that they fell 20-30 runs short.

“It was a close game. May be, we were 20-30 runs short. Again, a couple of half-chances we didn’t take. I thought we bowled pretty well. It was a tough wicket. It would’ve been nice having a set batsman going into the last 10 overs, but all in all just down a little bit in all areas,” said Coulter-Nile.

Asked why batting was tough on this track, Coulter-Nile explained: “I found it really hard, actually. I only batted for 10 overs. Kuldeep was spinning it quite big and the quicks weren’t really coming on to the bat.

Obviously, I wasn’t set, but I thought it might have been a little bit slower and turned a bit more for us at the back end there. There was a bit of up and down there. All in all, it was probably a 250 wicket.”

He also praised India pacer Mohammed Shami, who created the initial pressure. “Excellent bowler. He is a fantastic bowler. He is quality everywhere. At the back-end, he was really hard to get away, changed up well, nailed all his yorkers, didn’t give me anything to hit,” Coulter-Nile said.

However, Coulter-Nile disagreed that the momentum that they had after winning the T20 series has shifted after one match.

“Obviously, they are 1-0 up in this series so they’ve got the upper hand. But I think it was a closely-fought game. We played well, they played better in the end but the two teams were close and the next four games will be even tighter I think,” the fast bowler added. 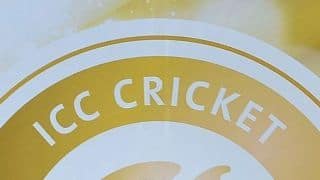 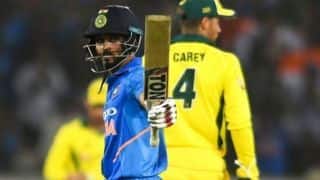