The wrist spin pair of Kuldeep Yadav and Yuzvendra Chahal has bamboozled batsmen in South Africa, Australia and New Zealand.

Kuldeep Yadav and Yuzvendra Chahal have cemented themselves as the spin twins of Indian cricket. Since the 2017 Champions Trophy, India have fielded Kuldeep and Chahal together in 18 matches, 11 of which have resulted in wins with the pair picking up 50 wickets at an economy of 4.22.

The last instance of the pair playing together in ODIs against New Zealand which India won 4-1, the numbers were staggering 14 wickets in four games, which speaks volumes of how much value they add to the team when India are travelling. Besides the BlackCaps, the Kuldeep-Chahal pair has bamboozled batsmen in South Africa and Australia.

“When you play together regularly, you learn from your partner. So I’ve learnt a lot from him. Whenever we play together, we try and improve together,” Kuldeep told ESPNcricinfo. “You can’t become a good spinner if you don’t overcome that fear and just think wickets. That’s what Chahal and I have done. The middle overs are important in ODIs – if you don’t attack, teams will get 320, so the focus is on picking up wickets in the middle overs.”

Kuldeep is fast turning out to be India’s go-to man. Virat Kohli has time and again maintained that playing both Kuldeep and Chahal is a tempting option, but with the World Cup approaching, whether Kohli prefers playing that card in England remains unknown. Kuldeep has a tendency to leak runs, especially in series deciders. Left out of the T20Is against Australia, the ODIs against the five-time World Champions gives Kuldeep a chance to enter the World Cup high on confidence.

“I’m the kind of person who underestimates himself. I feel I’m never ready. I never feel I’m 100 percent. The only thought process is: I should keep getting better. Sometimes it goes well, sometimes it doesn’t. My coach often asks for five wickets from every match, but it doesn’t always happen. My mindset is, “Yes, I should do well for my team.” As an individual you tend to be satisfied sometimes, but the biggest satisfaction is if the team wins,” Kuldeep said.

“I think a lot at the ground, even when I’m not playing. Of course, I watch some videos to understand a batsman’s strengths and weaknesses. But I don’t think, “If I bowl here, he will hit me there.” I don’t believe in too much video analysis because my skillsets are different. If I bowl, I see if I have executed well. I don’t think I should stress about it too much at this stage. I think about how I should get better, how to pick up wickets. Yes, I don’t watch videos, but it doesn’t mean I don’t think much about my bowling.” 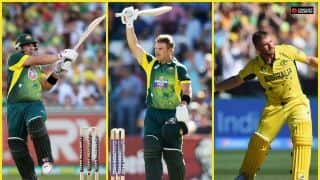 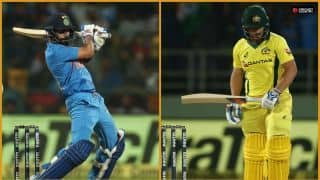