Australian new agencies News Limited and the Australian Associated Press (AAP) have joined the protest by media companies against the BCCI's arm-twisting tactics in selling images for India's home series. 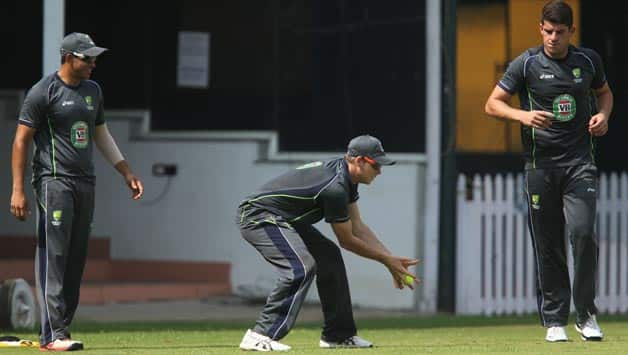 Australian new agencies News Limited and the Australian Associated Press (AAP) have joined the protest by media companies against the BCCI’s arm-twisting tactics in selling images for India‘s home series.

The lock-out would prevent Australian media from accessing images of the India-Australia Test series starting February 22.

Fairfax media branded the BCCI‘s tactics as arrogant, “Orwellian” and and contrary to the notion of a free press, according to The Australian.

Editorial director of Fairfax, Garry Linnell, said, “The arrogance of the Indian Cricket Board is breathtaking — but the far-reaching implications are simply Orwellian.

“Last time I looked cricket around the globe has been struggling for relevance and legitimacy.

“If they want to kill the game as a global product and deny Australians the opportunity of seeing their own players, then such short-sighted behaviour will go a long way in achieving such an outcome.

“It’s also a complete rejection of the notion of a free press.”

However, a Fairfax spokesperson did not confirm whether they would be joining The Newspaper Works’ members’ protest, saying, “We will be making our own decisions”.

The boycott comes a day after the Australian Broadcasting Corporation’s (ABC) decision of not broadcasting live from India after commentator Jim Maxwell was refused accreditation by the BCCI of reporting from inside any of the Indian grounds.

The ABC also refused to pay the high rights fees sought by the Indian board, along with an additional sum to hire commentary facilities at the grounds.

The BCCI has come under severe criticism ever since British media first protested against them during the India-England series. The BCCI had denied accreditation to international photo agencies such as Getty Images and Action Images from covering the tour. British and international news agencies had then refused to report from India and also chose not to buy the BCCI’s images of the series.

The Newspaper Works suggested in a statement that major Australian publishers would enforce a similar ban against “an attack on the news supply network”.

“The BCCI’s decision is not in the interests of cricket fans, the public or ultimately the great game of cricket,” Newspaper Works chief executive Tony Hale said, as quoted by The Australian.

“This policy means cricket played between India and Australia on the current tour receives no independent and expert photographic coverage which is so critical to capturing the drama, skill and sheer entertainment of cricket for fans across the world.”

He said there was “potential other governing bodies would follow suit unless publishers demonstrate their discontent”.

AAP’s editor-in-chief Tony Gillies also confirmed that the news agency would not send a photographer to India.