The toss may be crucial in Saturday's day-night third one-dayer at the Punjab Cricket Association (PCA) Stadium in Mohali between India and Australia as the dew factor is likely come into play. 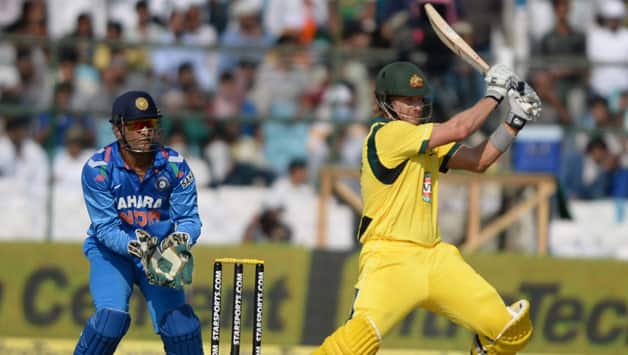 IS Bindra said that 280 runs may be possible, but 360 looks unlikely in Mohali © IANS

The toss may be crucial in Saturday’s day-night third one-dayer at the Punjab Cricket Association (PCA) Stadium in Mohali between India and Australia as the dew factor is likely come into play.

Days have been bright and sunny at Mohali and Chandigarh and if the same weather conditions persist on Saturday as well, the dew is likely to be heavy.

“The dew was very heavy till yesterday. We are taking measures to minimise the dew, but we cannot eliminate it altogether. We will use a vetting agent and do cutting once more. We have stopped watering. During the match, for which we have already spoken to match officials, a rope will be used [to clear the dew] at the fall of every wicket in the second innings,” PCA curator Daljit Singh said in Mohali.

PCA President IS Bindra and Secretary MP Pandove said the association has taken every step to ensure that the effect of dew is minimised, besides fogging was being done to keep away the mosquitoes and other insects.

Daljit did not hazard a guess on what should be a good score on Mohali tracks, by saying, “It is not my business to comment on number of runs, I think it is the player who make the game, curators only do their job.”

However, he also said that one can expect the ball to move here late in the afternoon.

Indian skipper Mahendra Singh Dhoni had a long chat with Daljit while coach Duncan Fletcher too had a keen look at the wicket.

Earlier, Australian skipper George Bailey too said that he had seen a bit of grass on the wicket and added he would like to see how it would be later.

Asked what transpired in the long chat between him and Dhoni, Daljit said, “He is my old friend. I used to play for Bihar and he also started his career by playing for Bihar, so we go a long way back.”

“The mature captains or coaches never talk (give directions) anything to curator, they basically talk about things like dew, when was the last match played here and how many runs were scored and things like that.”

Asked if Dhoni was happy after having a look at the wicket, Singh quipped, “He looked happy.”

Asked if the traditionally bouncy nature of the Mohali wicket is likely to suit the Australian bowlers more, he said, “See the record at Mohali, the team which has played better cricket has won here. India has been doing quite well here both in one-day and Test cricket.”

“It’s not just now, as a tradition since the first match was played here in 1993, we have always had generous grass on our pitches and that is how this wicket is.”

Daljit informed that Saturday’s match will be played on one of the pitches used in last month’s Champions League Twenty20.

Asked if there was any specific demand from Team India, Singh said, “Not at all, those days are over. No one talks like that anymore.”