BCCI has always been against implementing DRS inspite of ICCs orders

India cricketers’ stance on the Decision Review System (DRS) seem to be softening with the national team director Ravi Shastri saying that the technology can be used in the event of “howlers”. Former captain Shastri was quoted as saying by ‘The Australian‘ that as a member of the ICC Technical Committee he has told the apex body that his board is open to using a modified DRS.

“I have always said that a player should not have to beg for a review”. The issue for us is the extent of technology used, by whom and when,” said Shastri

Shastri said the idea of the “umpire’s call” for Leg Before Wicket (LBW) was also unacceptable. Shastri, who famously scored a double century at the SCG in Shane Warne’s Test debut way back in the 1991-92 series, said that the DRS should be “used for howlers” as it was initially introduced and that the call should be made by the third umpire.

The 52-year-old Shastri was quoted saying that there was mistrust over the ball-tracking technology and that he did not believe it could judge the turn or bounce of the ball on a wicket where that can be so variable as the game continues.
The Indian cricket team is open to the idea of accepting a modified version of the Decision Review System (DRS) without a ball tracker for lbw decisions.

It further said that the Indians have indicated that they are willing to accept a system without the ball tracker for LBWs and where the call for a review is not in the hands of the players. Indian captain Mahendra Singh Dhoni noted after the Brisbane Test – which they lost by four wickets to go 0-2 down in the four-match series – that they seemed to be on the receiving end when mistakes were made.

The BCCI has been for long opposing the technology despite a call from the ICC to have it introduced for all matches. India used their vote to have that move rejected and the DRS in its current form is only used when both teams agree. 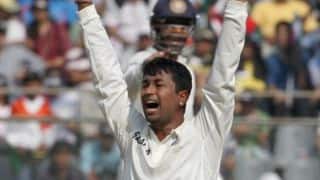