Catch all the latest updates about squads and match schedule of India's tour of Australia 2014-15 here.

India are all set to play Australia in a four-match Test series starting December 4, 2014. The last time these two teams played, India had routed the Aussies 4-0 at home. It’s a trend even the Australians maintained the last time they hosted India in 2011-12 giving a 4-0 hammering to the visitors.

The Australians have had a dream run this year with a whitewash in the Ashes 2014-15. Their pace battery has been in great touch despite injuries. They toured South Africa and emerged victorious. The only spot in the year has been the 0-2 loss to Pakistan in UAE last month.

The Indians will be eager to put up a better show as they have had issues in the longest format in overseas matches. Their win over England at Lord’s was their first since June 2011 against West Indies at Kingston.

The Indians announced their squad on November 10, 2014. The Indian selectors have picked a 19-member squad for the Australia tour. Some of the new names include KL Rahul, Karn Sharma and Naman Ojha. Suresh Raina makes a comeback to the Test side.

The Indians will begin the tour with two practice matches before moving to the Test series.

Below is the practice match schedule for India

Below is the schedule of the four-Test series between India and Australia: 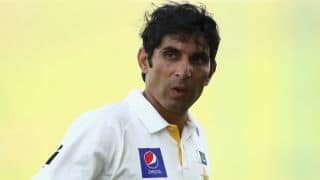